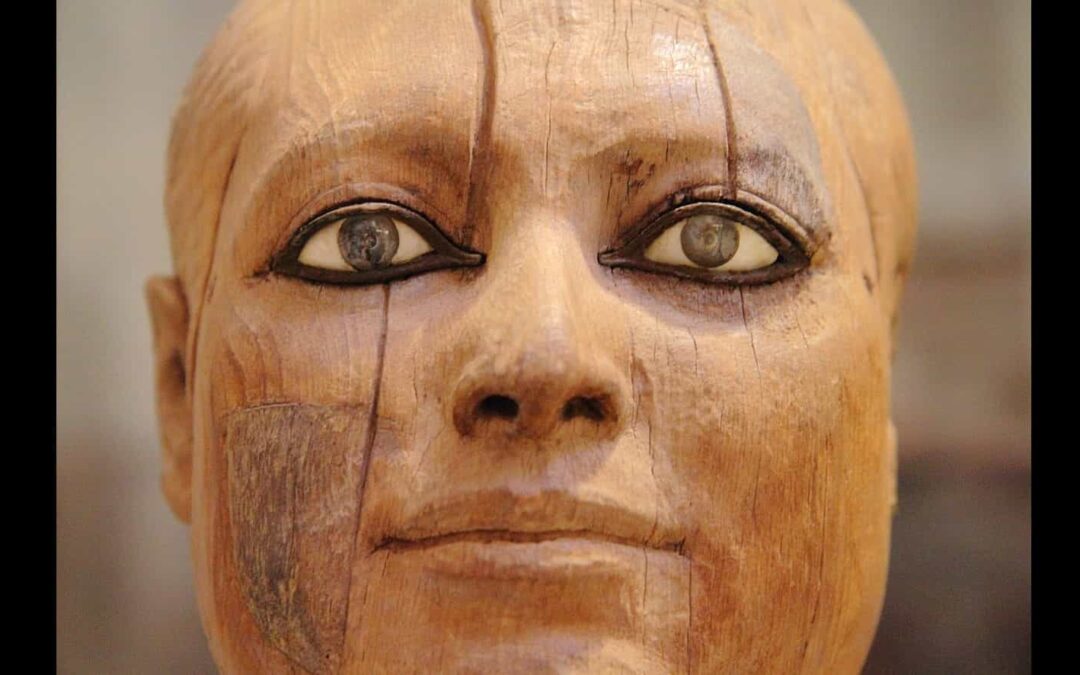 In 1860, Auguste Mariette unearthed an exceptional sculpture while excavating a mastaba in the Saqqara necropolis, north of the Step Pyramid of Djoser.

Egyptian workers quickly realized the uniqueness of the discovery and, impressed by its realism, named it Sheikh el-Beled (Arabic for the village head, that is, the mayor), possibly because it reminded them of someone from their locality.

It actually represents Kaaper, an Egyptian nobleman who lived in the late fourth or early fifth dynasty (circa 2500 BC); the mastaba (today called the Kaaper mastaba or Saqqara C8) was the burial place of his family. Since that, another sculpture of what is believed to be his wife was also found, although the name has not been preserved.

Kaaper was the head of the reader priests (kher-heb), whose mission was to read and recite religious texts and sacred hymns during temple rituals and official ceremonies.

But he also held the position of Governor of Lower Egypt and scribe of the royal army during the reign of Pharaoh Userkaf, the first of the fifth dynasty.

Since 1914, it has been known that he was the grandson of the princess and priestess Wenschet. This is because Kaaper’s name appears along with the names of his sons and daughters on the false door of Wenschet’s tomb in the Giza necropolis, discovered that year by George Reisner.

The sculpture comprises sycamore wood, copper, alabaster, rock crystal, and obsidian. It has a height of 1.12 meters, which is almost life-size.

The priest is depicted with a large stomach, heavy hips, and fleshy wrinkles on his back. He appears to be walking and holding the staff in his left hand, symbolizing his power (replaced by a copy today), and in his right hand, probably a cylinder.

He is dressed in a long skirt knotted below the navel; the sort nobles wore at home, rather than the semi-pleated skirts reserved for their office.

His short hair emphasizes the round lines of his head and face and blends into the opulence of the overall image.

Unlike stone statues, where the figure never completely detaches from the material they were carved, the wooden statue is freestanding.

The eyes accentuate the striking realism of the statue, made using quartz and small copper plates.

He is represented with a certain degree of obesity, something common in other representations of the same period. According to Fred S. Kleiner, this may be due to the desire to demonstrate the wealthy life of the person and his relatively high position in society.

Wood is a perishable material, so it may appear preserved this way because it was originally covered with a delicate layer of painted plaster, of which only a few remain. Today it is permanently exhibited in the Egyptian Museum in Cairo.