Home / The Statue of Djoser

The Statue of Djoser 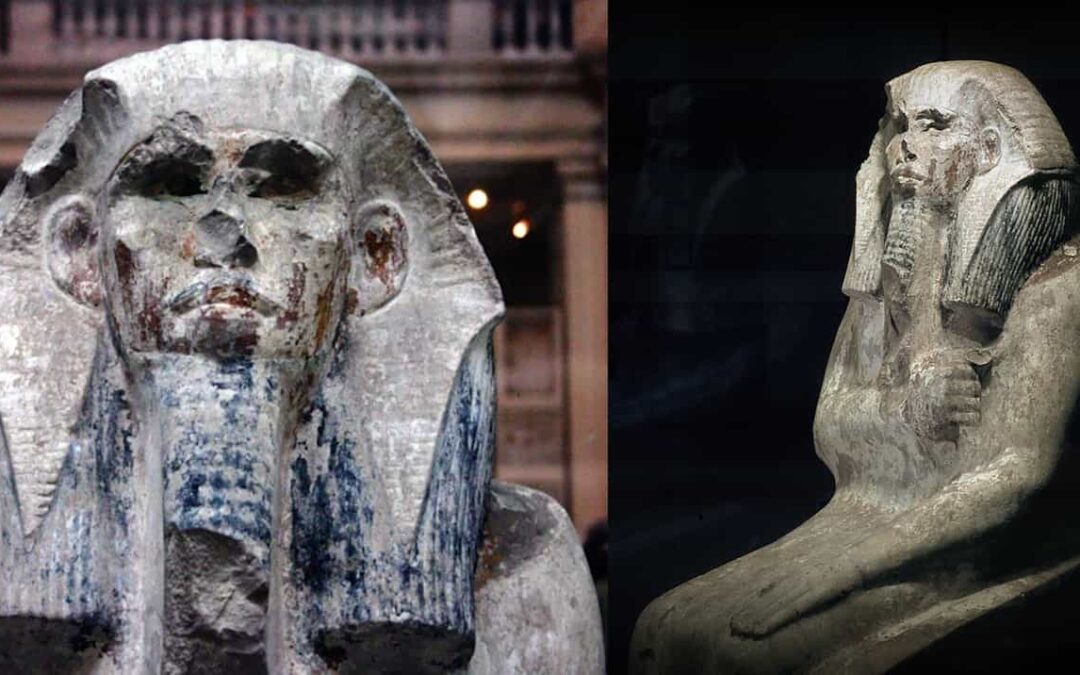 By happy coincidence, the earliest surviving example of a life-size royal sculpture is of the first great pharaoh of the Old Kingdom. The statue of Djoser, with his stone face and immortal aura, is one of the most majestic in ancient Egyptian art.

Djoser was the first pharaoh of the Third Dynasty, and with him, the Old Kingdom began a period of intense cultural and artistic activity that produced admirable works of art, such as this solemn statue of the Pharaoh.

His successors commissioned many others, but none, in the course of three millennia, managed to convey the sense of dominance, strength, and superhuman power that still arouses awe in the beholder.

The solid throne merges with the body of the Pharaoh in a single square block that meets the stylistic standards of pharaonic sculpture; the figure is barely suggested, veiled by the ceremonial Jubilee mantle and rigidly anchored in a pose that conveys eternity.

Djoser’s face, on the other hand, is extremely austere and portrayed in every detail: high cheekbones, full and pronounced lips, and a ritual mustache and beard to give the expression an intensity that the deep-set eyes (originally incised) were intended to enhance.

His head is heavily framed by the symbols of his power: the thick tripartite wig covered by a Nemes headdress and a false beard.

The inscription on the front of the base bears the titles of Throne name, “King of Upper and Lower Egypt”; Nebty name, “the two Ladies”, that is, the cobra-goddess Wadjet in the delta and the vulture-goddess Nekhbet of the southern City of Elkab, embodiments of the two Earths; and finally, one of Djoser’s names, Netjerikhet, “divine of the body”.

The statue was originally housed in the Sakkara pyramid’s serdab, a room on the north side of the building next to the mortuary temple, which allowed the deceased to see the outside world through a narrow slit and thus be present in the ceremonies held in their honor.

The fascinating story of the Papyrus of Ani, one of the most spectacular scrolls of the Book of the Dead