Home / Stela of Akhenaten and his family 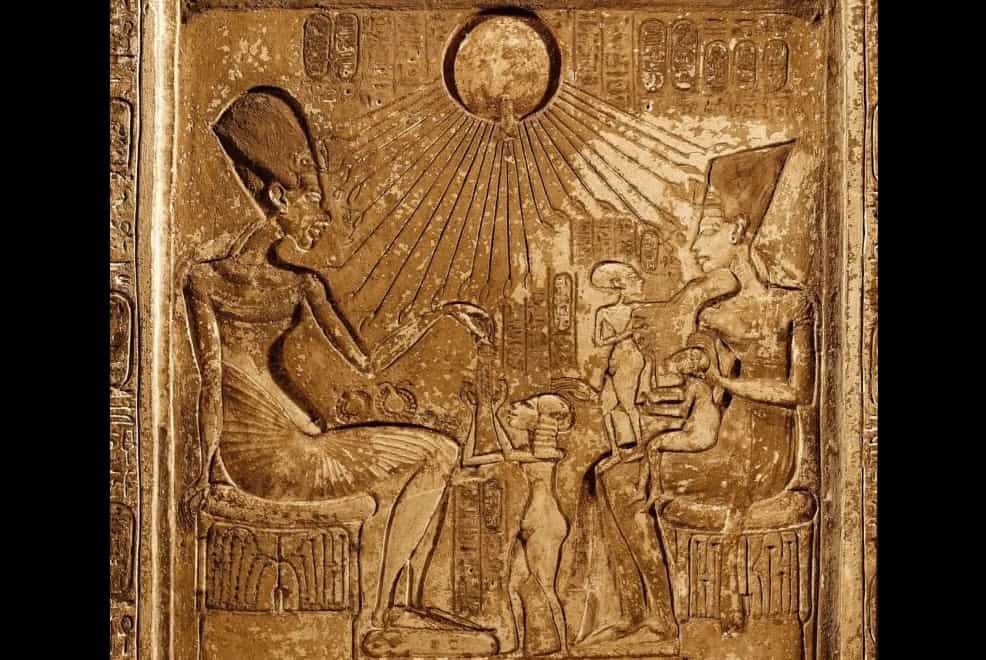 The Intimate Portrait of a Royal Family: The Stela of Akhenaten and His Loved Ones

The stele, which is decorated with a scene of an intimate moment from the daily life of the royal family, is believed to have been intended for display in a private chapel within an Amarna house. The stele is topped with a cavetto cornice, which is a concave molding that approximates a quarter circle.

In the scene, Akhenaten is portrayed with his characteristic features, including the Blue Khepresh Crown and a pleated kilt. He is shown holding out an earring to his eldest daughter, Meritaten. Queen Nefertiti is depicted wearing her high crown and traditional long robe, while their other daughters are shown sitting on her lap.

The partnership of Akhenaten and Nefertiti brought about a number of significant changes in ancient Egypt, including the relocation of the capital city from Thebes to Akhetaten.

This was part of Akhenaten’s efforts to break away from the traditional polytheistic beliefs and establish a new monotheistic religion centered around the god Aten.

The stela is believed to have been created during the 18th Dynasty, Amarna Period, during Akhenaten’s reign, which lasted from approximately 1353-1336 BC. Now: Egyptian Museum in Cairo.