Home / The Controversial Reign of Akhenaten 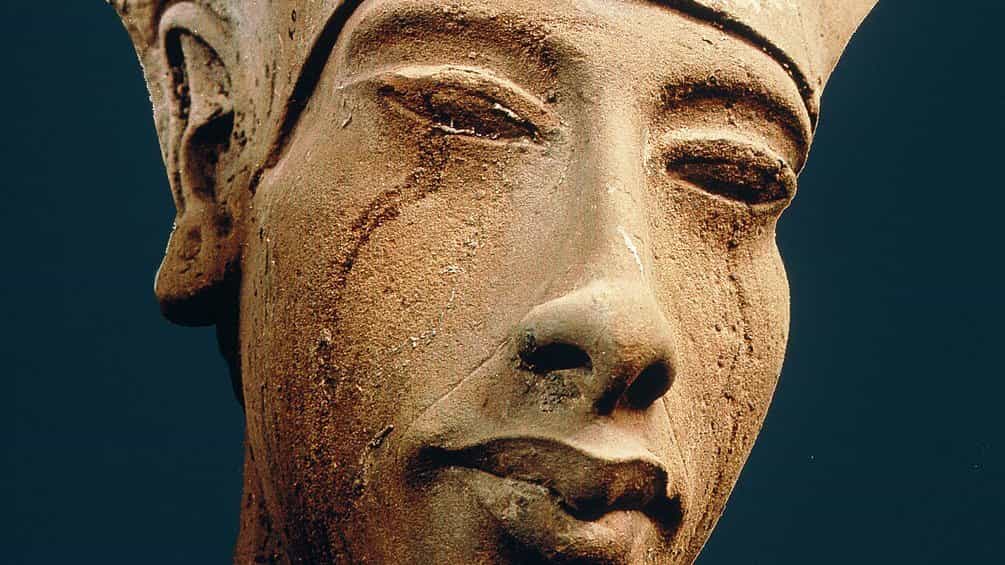 Akhenaten was an ancient Egyptian king who ruled for about 17 years during the 18th dynasty of Egypt’s New Kingdom. He is known for implementing significant changes to the religion, art, and culture of ancient Egypt. He is also referred to as the “heretic king” due to the controversial nature of these changes.

Akhenaten came to power under his birth name, Amenhotep IV, but changed his name to Akhenaten (meaning “Effective for Aten”) in his fifth year of reign.

This name change coincided with the jubilees of his deified father, Amenhotep III, and the Aten, a sun disk that represented the light produced by the sun. Akhenaten’s new religion elevated the Aten to the position of state deity and centered largely on its worship.

This new religion has been interpreted by scholars as monotheism, henotheism, agnosticism, and everything in between.

Akhenaten’s religious reforms also involved the persecution of some traditional gods, most notably Amun, who had been the state deity for much of the 18th dynasty.

He also ordered the erasure of the names and images of certain gods from texts and monuments. These changes were reflected in the evolution of ancient Egyptian art, which became more androgynous and featured larger heads and elongated necks.

Akhenaten also moved the capital of Egypt from Thebes to a previously unoccupied site called Akhetaten (present-day Tell el Amarna), which means “the place where the Aten becomes effective.”

He claimed that the Aten had revealed the location of this new city to him and that it was the only place where the Aten could be worshipped properly.

The cultural and religious revolution initiated by Akhenaten was not well received by many in ancient Egypt. After his death, his successors attempted to erase his memory and revert to traditional beliefs and practices.

As a result, much of what we know about Akhenaten and his reign comes from the artifacts and texts that were not destroyed. Despite this, Akhenaten remains a controversial and enigmatic figure in the history of ancient Egypt.

The Three Queens Who Defeated the Hyksos Invasion in Ancient Egypt