Home / Today We Travel To… Tanis in San El-Hagar

Today We Travel To… Tanis in San El-Hagar 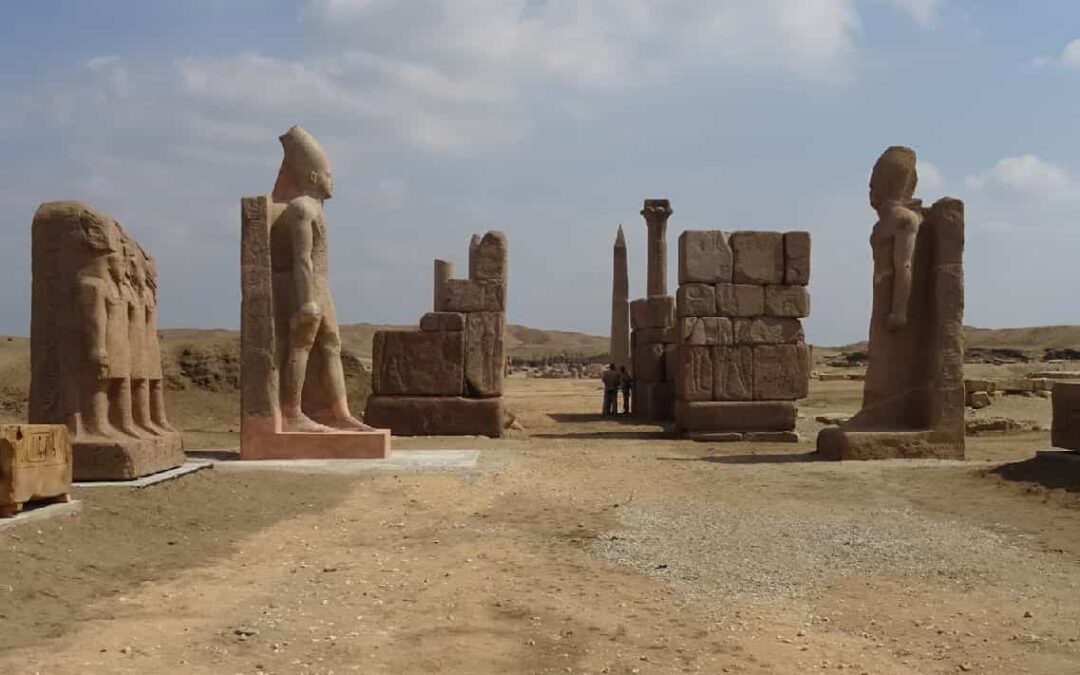 Tanis was the capital of ancient Egypt during the 21st and 22nd dynasties and was a royal residence during the Third Intermediate Period—which was consecrated to the god Amun.

Great Egyptologists such as Auguste Mariette, Pierre Montet, Petrie, Jean Yoyotte, and Philippe Bissaud have excavated at this extensive site.

There we will be able to glimpse the great temple dedicated to Amun, as well as remains of the Eastern temple. Our attention will also be drawn to the necropolis formed, among others, by the tombs of Psusennes I, Osorkon II, and, of course, Sheshonq III.

In September 2018, the Egyptian Department of Antiquities completed a refurbishment of Tanis, making it a much more attractive place for visitors to contemplate.

How to get there

The excursion to San el-Hagar—where we will find the site of the ancient capital Tanis—will take us approximately 170 kilometers from Cairo, along the roads and canals of the fertile eastern delta.

Today, the old capital is a mound of rubble covering an area of at least 180 hectares.

Satellite exploration carried out in collaboration with NASA in 2011 by astroarchaeologist Sarah Parcak of the University of Alabama revealed it is the largest and most impressive archaeological site known in the Delta, with a huge number of important monuments and urban structures yet to be discovered.

The Face of Shep-en-Isis, the Most Famous Egyptian Mummy in Switzerland