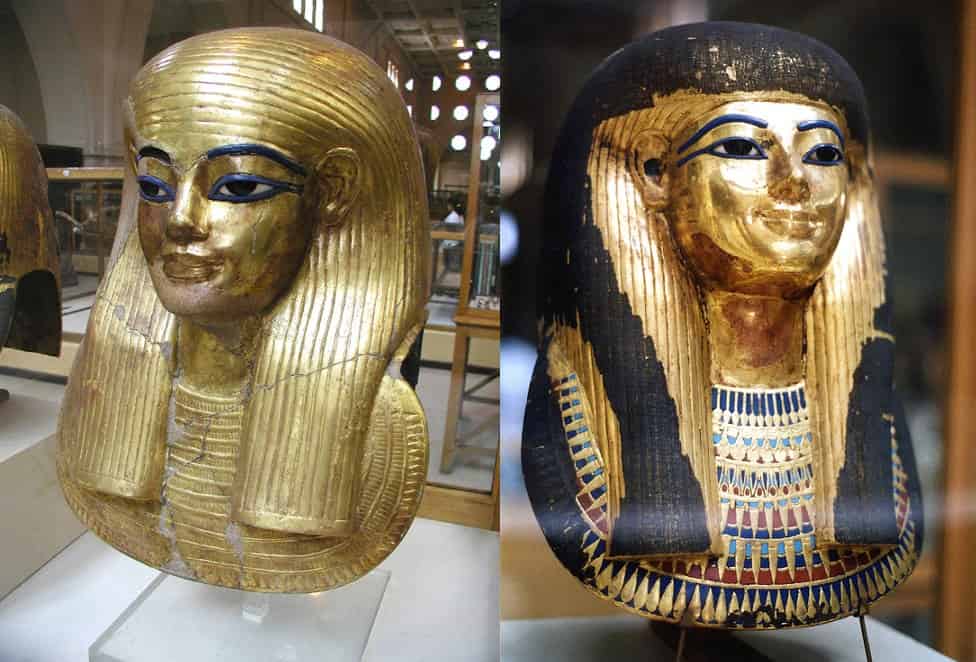 In 1905, 17 years before the sensational discovery of Tutankhamun’s tomb by Howard Carter, the Valley of the Kings was the scene of another finding that aroused enormous enthusiasm.

Its author was Theodore M. Davis, a wealthy New York patron who financed excavations in Egypt. Davis achieved success in 1903 when, together with a young Howard Carter, he located several graves, including that of Thutmose IV.

The one he found in 1905 was not a royal tomb, but it had extraordinary trousseau; It belonged to Yuya and Tjuyu, a noble couple of the 18th dynasty, parents of Queen Tiye, Great Royal Wife of Amenhotep III.

In 1905, Davis was absent from the Valley of the Kings, but his team had been working in the area since January 25, in a location between the tombs of a son of Ramses III and the unfinished tomb of Ramses XI.

On February 5 the start of a staircase appeared and when they cleared the sand they discovered the access door to a tomb.

Between February 6 and 11, Egyptian workers removed the rubble that accumulated in front of the entrance from the excavation of neighboring tombs in the Ramesside period, which contributed to the location of the burial being forgotten for millennia. .

After clearing the rubble, a closed door with small stone blocks appeared, bearing the seal of the royal necropolis: A jackal and nine captives.

The hope of having discovered an intact tomb was dispelled by the discovery, in the upper right part, of an opening made in ancient times and which suggested that the tomb had been looted.

As night was closing in, they decided to post armed guards at the entrance. Furthermore, Arthur Weingall, a 25-year-old Egyptologist who had just been appointed Chief Inspector of Antiquities of Upper Egypt, decided to stay the night there for added security.

The next day, James Quibell – Weingall’s predecessor in his position -, Gaston Maspero – director of the Egyptian Antiquities Service, arrived at the site – and Davis himself; all three had been promptly notified of the discovery.

All gathered at the entrance, the workers removed the blocks and a descending corridor could be glimpsed. Behind it was a second door, also sealed and with another hole made by the thieves, who had scattered some objects in their flight.

Gaston Maspero tried to sneak through the hole, but he was a large man and could not get through, so impatient archaeologists had to wait to document the entrance to access the interior.

Weingall described in a letter to his wife what they found in the burial chamber, a simple and undecorated room:

“For a few moments we couldn’t see anything, but when our eyes got used to the candlelight we saw a spectacle that I can say surely no man alive has ever seen.

The chamber was quite large, a rough cavern. In the center were two huge wooden coffins inlaid with gold. The lids had been torn off by former looters and the internal coffins had collapsed, exposing the mummies […] Gaston Maspero, Theodore Davis and I stood there gaping and almost trembling […] Really stunned, we looked at the relics of life from more than three thousand years ago.

In the midst of an expectant silence, the archaeologists glimpsed the objects that made up the grave goods: Yuya’s light chariot, who was the Pharaoh’s War Chariot Commander in life, weapons , chests, high-quality furniture (among which there were three beautiful chairs), musical instruments, toiletries, clothing and personal adornment …

They also found a copy of the Book of the Dead on a papyrus of almost 20 meters. Some objects were named after Princess Sitamun, granddaughter of the deceased, suggesting that perhaps the young woman placed them there as a gesture of affection towards her grandparents.

The mummies of Yuya and Tjuyu were on display. Their funerary masks had been thrown aside and the bodies had been unveiled by the thieves, who rummaged through the linen to extract the jewels.

Fortunately, the looters did not excessively damage the bodies, which were in excellent condition. At the sight of the owners of the tomb, the emotion got the better of Davis, who had to sit down. Placed before the mummy of Tjuyu, he apologized to her for having broken into her eternal abode.

The Emptying of The Grave

All the objects began to be packed and cataloged quickly to avoid possible theft.

During the process, archaeologists removed the seal from an alabaster jar and found that it contained a thick mixture of honey that still gave off an odor.

“When I saw that I almost fainted,” Weingall said. The extraordinary sensation of finding yourself looking at a jar of honey as liquid and sticky as the one you eat for breakfast and thinking that it is 3,500 years old was so paralyzing that you feel as if you were crazy or dreaming .”

In the room there were also containers of meat, part of the food that Yuya and Tjuyu would consume in the Hereafter.

For more than a week, the work continued and the objects were leaving the interior of the tomb to be taken by boat to the safety of the Cairo Museum.

By February 25 the grave had been completely emptied and Weigall sighed in relief when he returned to his regular work.

But the young archaeologist could not forget the feeling that seized them when they watched the contents of the tomb and the sight of the old faces of Yuya and Tjuyu.