Home / The City of the Sun: Akhetaten 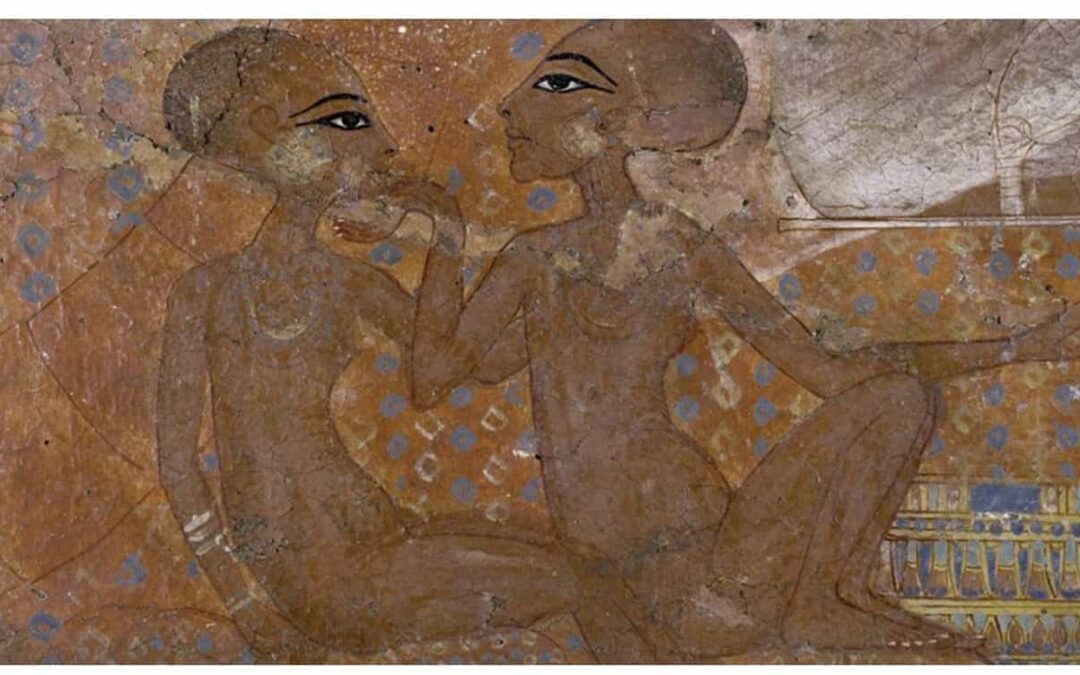 Tell el-Amarna is the Arabic name of a region located on the eastern bank of the Nile River, famous for being the territory where the city of Akhetaten (Akhetaton) was built in the middle of the 14th century BC.

The pharaoh Akhenaten gave the order to build this city in the fifth year of his reign, becoming the capital of Egypt, serving the cult of God Aten.

(Represented by a solar disk) This ancient city was located between Thebes and Memphis, the cities that were of utmost importance in ancient times.

A city that from its origin was a constant political and religious problem among the followers of Aten and his detractors, who worshiped Amun.

This caused that when the pharaoh Akhenaten died, this city was destroyed and all the records of the worship of the God Aten will be eliminated.

Only 15 years after its construction it had been destroyed and forgotten.

The remains of the city of Akhenaten, built by Akhenaten and his wife Nefertiti, are found in what is now known as Tell el-Amarna. The city, which stretched 15 kilometers from north to south and boasted beautiful temples and palaces, is today nothing more than an almost desolate expanse of land, nevertheless wrapped in a halo of romanticism.

It is 45 kilometers south of the Beni Hassan tombs in the city of Menia and there are still the ruins of the ancient capital. The city contains two royal palaces, the South Palace and the North Palace, the Aten temples.

It was definitely a period of great intellectual activity, with great innovations and extraordinary freedom, without a doubt, a unique moment in the history of ancient Egypt, this because it is manifested in the different forms of art and in the proliferation of small companies, a cosmopolitan, dynamic and creative which received many people from neighboring cities who decided to take advantage of the opportunity of a new capital.

Initially in addition to Pharaoh and his wife Nefertiti, Akhenaten officials moved, the entire court moved to the new capital and later it was populated by artisans, artists and families, allowing themselves to arrive and locate their home where they chose and creating a growing economy.

Construction of Akhetaten: The City of the Sun

The capital was designed with an orthogonal geometric layout, with fifteen large stelae being sculpted to mark the boundaries. Inside, Akhenaten ordered the construction of majestic buildings, such as:

The great temple of Aten, characterized by its construction in the open air (without a roof) to allow the entry of sunlight. It had two important sectors:

“The Jubilee House” with a pylon and hypostyle room with 16 columns, and “The Discovery of Aten” with six consecutive open-air courtyards in which 365 tables of offerings were located. The temple was built in elongated proportion with small stone blocks ( talatat ) and the best materials.

The small temple of Aten, the other temple dedicated to Aten, probably built earlier, located next to the House of the King and near the Royal Palace.

The royal palaces, which were built for Akhenaten, Queen Nefertiti, and the royal princesses. One of them had the window of the apparitions, a terrace from which the royal family showed themselves to their subjects and was of great symbolic importance.

You could also find the northern palace built for the queen as a miniature world made up of large gardens and ponds where there were various animals.

Administrative buildings such as the archives building that contained the “El-Amarna Tablets” or “Amarna Letters” (royal correspondence).

The houses of the nobles, rectangular in plan that ran through the middle of the city.

The hypogea (tombs carved into the rock), located to the north and south of the city. In these you could see scenes from the daily life of the ancient city, such as the public appearances of the royal couple.

A city for the necropolis workers.

The city was thus built to stage the cult changes that will now focus on Aten. From that moment on, Akhenaten would be the intermediary between the god and humanity.

There was then a tense relationship between Akhenaten’s followers and his detractors, including the influential priests of Amun. After Akhenaten’s death his memory was persecuted and his name, and that of the god Aten, were erased from tombs, temples and sculptures, just as the ancient pharaoh did with Amun in his last years.

When the military leader Horemheb rose as pharaoh, the systematic destruction of the city took place, taking advantage of its ruins, and the so-called talatat, to build other buildings.

The city had been abandoned fifteen years after its foundation, towards the third year of the reign of Tutankhaten (Tut-ankh- Aten) later called Tutankhamun (Tut-ankh- Amun), returning the court and administration to Thebes.

Without hesitation, the archaeological remains have shown the importance of this location and shows us a little more about the life, customs and history of the Egyptian civilization.

When planning your travels in Egypt it will be worth considering your visit and walking through what was an ancient capital of the Egyptian Empire.