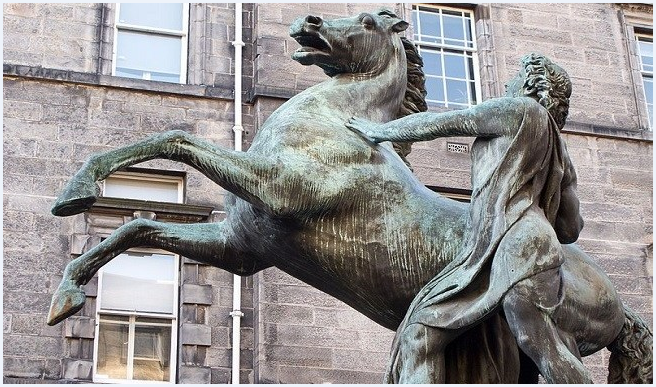 A son of King Phillip II, Alexander the Great has been touted in the history books as one of the greatest kings to have ever lived.

However, the question of his greatness continues to linger in many who interrogate what great unique things he might have accomplished to warrant him such a legacy.

In this piece, we interrogate some of the facts that reveal contrary to the popular belief in Alexander’s legacy.

Alexander benefited from his father’s coattails

Being the son of a king, Alexander was poised to benefit from his father’s wit, intelligence and experience.

Macedonia, which was Alexander’s kingdom, was actually founded by his father. It was King Philip II who brought armistice to Macedonians and built them a powerful army that would eventually steamroll Greece to conquest.

This was largely attributed to Philip’s fighting style of using horse regiment to strike while making man oeuvres in organized formations; a war tactic that was unknown to the Greeks at the time.

Alexander conquered Greece at its weakest

Alexander’s conquest of Greece was timely when at a time when the powerful city-states such as Sparta and Athens were already weakened by Persian incursion that led to infighting between the two cities for power.

Therefore, when Alexander demanded that Greece surrender to him, they acquiescently did so not because Alexander was militarily powerful, but because they were weak and could not afford another war.

Alexander did not experience much resistance during conquests

Apart from Greece, which was actually conquered by King Philip II, there were several other Kingdoms and Powers that Alexander easily conquered without putting his military prowess to test.

For instance, when he moved to Egypt, he was well received by Egyptians who felt safe with his rule rather than the Persian.

Actually, the Egyptians lent their loyalty to him out of fear for Persian invasion and conquest. Even when he fought Persians, he was able to gain loyalty among the Persian soldiers who would even disobey commands from their officials.

As a result of this disobedience, Alexander easily conquered the Persian Empire.

He was a dipsomaniac

Alexander loved to party a lot to the extent that his personal doctors got worried about his health.

While it is premature to conclude that it was alcohol that led to his downfall, he died within ten days after he gulped some wine that made him scream loud in pain.

By this time, Alexander’s health had tremendously deteriorated.

While it was not wrong to delegate power, Alexander did not rule his empire. Whenever he went on a conquest, he would delegate power to local rulers in order to gain loyalty.

For instance, he let King Porus rule after the Battle of Hydaspes and even appropriated him land to rule.

He spent so much of his time conquering the world and as result; there is not much that can be attributed to his military prowess, political experience and maturity. He was really a great man!

How Did Alexander the Great Change the World?