Home / What Happened After Alexander the Great Died?

What Happened After Alexander the Great Died? 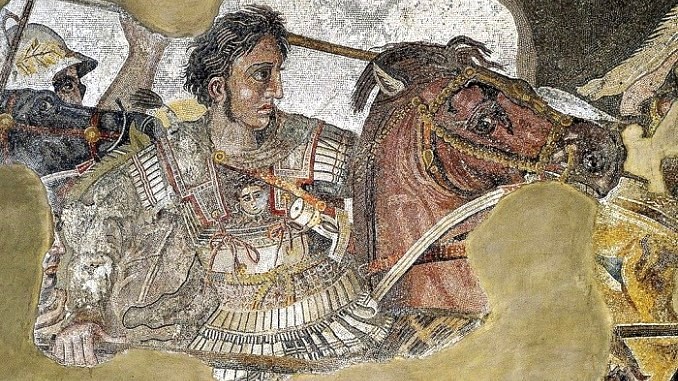 In this post we will see how was the division of the Empire of Alexander the Great, manifested especially in the so-called War of the Successors.

After the death of Alexander the Great in the middle of 323 BC, his empire disintegrated in a short time.

His elder half-brother Arrhidaeus, son of Philip II, was declared king of Macedonia under the regency of Perdiccas, one of Alexander’s generals.

However, a clause was established, which stated that if the son of Alexander’s wife, Roxana, was a boy, then he would be declared king.

In this context, Perdiccas was given the power to divide the territories of Alexander between his generals.

In this division, Ptolemy, general and good friend of Alexander, he had Egypt, Libya and the Arab territories near Egypt. The War of the Successors

However, as expected, these agreements were not maintained and soon all the great empire of Alexander the Great fell into internal struggles for power and control.

These wars that happened after the death of Alexander for the control and rule of his empire are known as War of the Successors.

This war is divided into two phases: the first, which covers from 321 to 301 BC, confronted the “Unitarians” and the “Separatists”.

The Unitarians, like Perdiccas himself, Antigonus and his son Demetrius, tried to preserve the unity of the empire after the death of Alexander, while the so-called Separatists, especially Ptolemy, Seleucus and Lysimachus, were more in favor of dividing the empire to get their own kingdoms.

Shortly after the beginning, in the year 317 BC, this war in Macedonia also intensified due to the death of Arrhidaeus and his wife Eurydice, ordered to be killed by the mother of Alexander the Great, Olympia.

The first was made by Perdiccas in 321 BC, only two years after the death of Alexander, and the second was organized by Antigonus in 306 BC.

The first phase of this war was resolved in 301 BC in favor of the separatists thanks to the defeat and death of Antigonus at the Battle of Ipsus.

By then, the separatists, including Ptolemy, had already advanced to the result proclaiming themselves kings.

In the case of Egypt, Ptolemy had proclaimed himself king of Egypt in 305 BC with the supposed legitimacy given him being the guardian of Alexander’s body, guarded in the city of Memphis and then in Alexandria.

The second phase of the Wars of the Successors took place between 301 and 280 BC, and was characterized by the struggles between separatists to create, maintain or increase their kingdoms.

It ended in 281 BC with the death of Lysimachus.

All this meant the birth of three great and powerful kingdoms: in the first place, Macedonia.

Second, the Seleucid Empire settled in Syria and Mesopotamia, and the largest of all in terms of territorial extension.

And third, the Ptolemaic Kingdom, whose nucleus was Egypt.

These three kingdoms are the protagonists who for centuries will be fighting for the hegemony of the Levant and the Eastern Mediterranean, specifically since the end of the War of the Successors until Egypt falls into the hands of the Romans in 30 BC.