Home / What are the 8 steps of mummification process? 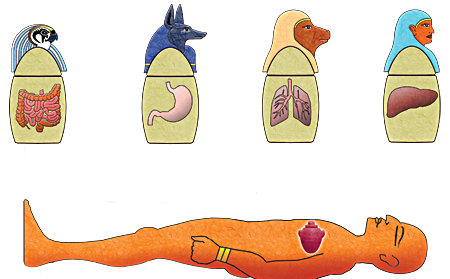 The mummification process was able to produce mummies that would last for eternity.

Why did Ancient Egyptians mummify their dead?

Eternal life wasn’t just about preserving the spirit. The deceased’s body also had to preserved, as the Ancient Egyptians believed the soul (ba) and life force (ka) had to return to it regularly to survive.

To prevent the body decaying, it underwent a lengthy and gruesome mummification process.

Developed and refined over millennia, it allowed Ancient Egypt to produce some of the best-preserved mummies in the world, and we can now gaze upon the faces of men, women and children almost exactly as they were more than 2,000 years ago.

The first mummies in Egypt date back to approximately 3500 BCE.

Before that time, all citizens regardless of social status were buried in desert graves, which allowed natural preservation to occur through dehydration.

An artificial method known as mummification process was then developed that would ensure even better preservation and allow bodies to be kept within tombs.

The most complicated mummification process was developed in about 1550 BCE, and is considered the best method of preservation.

With this method, the internal organs were removed, the flesh dehydrated, and then the body was wrapped in linen strips.

This was an expensive process that took about 70 days to complete, so only the very rich could afford it.

Working class people were treated with an alternative method of preservation that involved liquidizing the internal organs with cedar tree oil, draining them out through the rectum and then placing the body in a salty substance called natron to dehydrate it.

Embalming took place in the Red Land, a desert region away from the heavily populated areas and with easy access to the Nile.

Upon death, the body would be carried to the Ibu, or the ‘Place of Purification’, where it would be washed in river water.

It was then taken to the per nefer, or ‘house of mummification’, which was an open tent to allow for ventilation. Here it was laid out on a table ready to be dissected by the embalmers.

These men were skilled artisans who had a deep knowledge of anatomy and a steady hand.

They were also often priests, as performing religious rites over the deceased was an equally important part of the embalming process.

The most experienced priest carried out the major parts of mummification process, like the wrapping of the body, and wore a jackal mask as he did so.

This symbolized the presence of Anubis – god of embalming and the afterlife – during the mummification. Before the embalming process can begin, the body is washed in water from the Nile and palm wine.

A small incision is made in the left side of the body and the liver, lungs, intestines and stomach are removed. They are then washed and packed in natron before being placed in canopic jars.

The heart is left in the body as it is believed to be the center of intelligence, and will be needed in the afterlife.

A rod is inserted through the nostril into the skull and used to break apart the brain so that it can drain out of the nose.

The liquid is then thrown away as it is not thought to be useful.

The body is stuffed and covered with natron, a type of salt, which will absorb any moisture. It is then left for 40 days to dry out.

Once again, it is washed in water from the Nile and covered with oils to help the skin stay elastic.

The natron is scooped out and the body is then stuffed with sawdust and linen to make it look lifelike.

First, the head and neck are wrapped in strips of linen, then the fingers and toes.

The arms and legs are wrapped separately before being tied together. Liquid resin is used as glue.

Charms called amulets are placed in between the layers to protect the body during its journey to the afterlife.

A priest reads spells out loud while the body is being wrapped in order to ward off evil spirits.

He will often wear a mask of Anubis – the god associated with the embalming process and the afterlife.

The Mummy of Ramesses IV