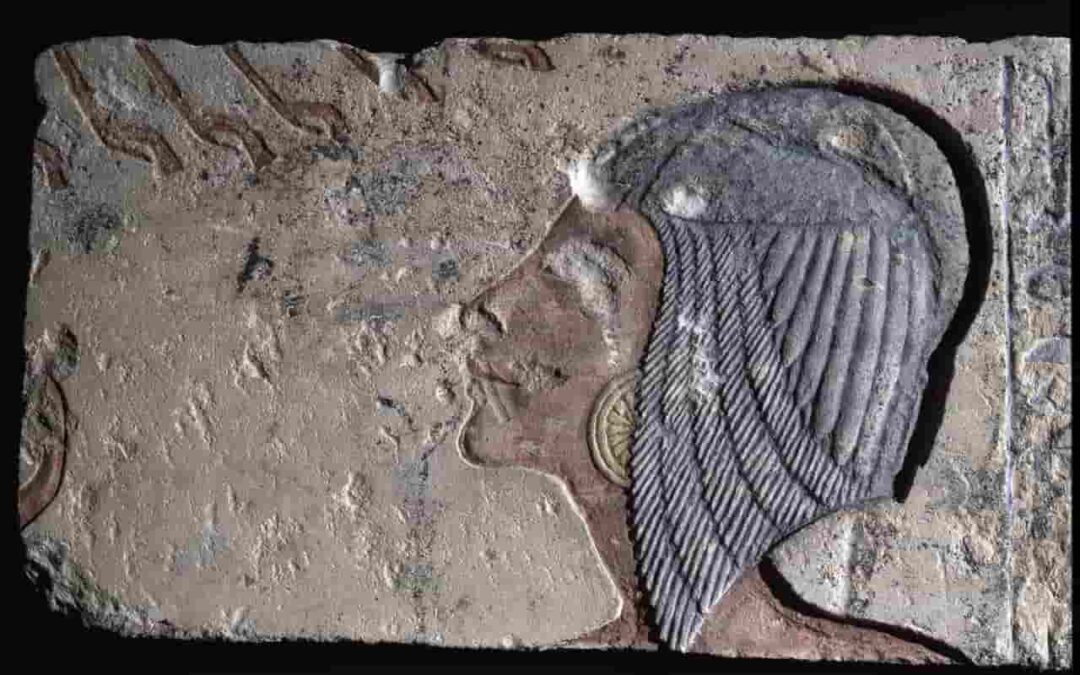 Hygiene and aesthetics came together in one of the most characteristic objects used by the ancient Egyptians: wigs. These elements, worn by men and women, protected the scalp from the rigors of the hot Egyptian climate, and also served as sophisticated beauty accessories.

Thanks to some sources, such as the Greek historian Herodotus (who lived in the 6th century BC), we know some aspects about the hygiene and customs of the ancient Egyptians, such as the fact that both men and women used to remove hair facial and body.

Another thing is the hair, which, apparently, both sexes underwent different treatments: it was dyed, cut, braided, amulets were woven into it, and it could also, of course, be shaved.

But something that is very familiar to us when it comes to dress and hairstyle customs in ancient Egypt is the widespread use of wigs., of which there was a great variety of shapes, sizes and designs.

Within the framework of this project, the researchers have analyzed the ancient techniques for making these precious objects, which, combined with the undeniable skill of ancient Egyptian hairdressers, resulted in wigs of excellent quality.

Wigs and extensions in ancient Egypt

“Human hair was of utmost importance in ancient Egypt to both the rich and the poor of both sexes; it was a mean of self-expression,” says Fletcher.

But the researcher has been able to verify that the hairstyles were much more than an expression of personal taste. Wigs not only allowed hair to be perfectly groomed, but also contributed to greater personal hygiene.

In fact, the wigs protected the shaved scalp from the rigors of the Egyptian climate and the wearer kept their heads cool and safe from lice, an annoying and ancient pest that, according to the results of Fletcher’s research.

It could be documented in the mummy of a man buried in Abydos about five thousand years ago.

The hot and dry conditions of the Egyptian climate are perfect for the natural preservation of the soft tissues of the body after death, including nails, skin and hair.

So much so that, in addition to thousands of bodies subjected to various methods of mummification, the naturally mummified bodies of people without resources who were simply buried in the sand have also been located.

In this way, thanks to the conservation of hair in numerous bodies (both mummified and not), scholars have been able to observe how the ancient Egyptians arranged and adorned their hair.

The ancient Egyptians did not differ much from us in certain aspects related to hairstyle.

Likewise, the iconographic evidence has been of great help to researchers. Tomb paintings and statues show the elaborate wigs worn by both men and women, especially members of the elite.

A curious and interesting aspect is the representation in some statues of a lock of natural hair that peeks out from under the wig worn by the person represented. This indicates that, in many cases, these elements were used as an aesthetic complement, but not to replace natural hair.

On the other hand, the paintings and the reliefs of the tombs also show the hair in “movement” (especially in the case of dancers and acrobats), women and men being combed by their servants or wearing highly ornamented wigs.

Ancient Egyptian would also place a scented cone (normally used during banquets), which melted over the course of the evening and cascaded over the wig, leaving a scent trail.

According to Fletcher, women’s wigs were typically less sophisticated than men’s, which could have given them a more natural appearance.

Although there are always exceptions, as in the case of a female mummy discovered by the famous Egyptologist Zahi Hawass in the Valley of the Golden Mummies, located in the Bahariya oasis. This woman wore a mask on her head and an intricate hairstyle at the back arranged in the shape of a round cake.

The volume of the hair was for women of then, as for today, a great cause for concern. Most Egyptians used hair extensions in order to “fill in” the gaps left in the scalp by hair loss, to hide brittle and fragile hair, or simply to make natural braids appear more lush.

Wigs and extensions, which were made in specialized workshops, were always made with human hair, which was normally bought, and a wide variety of tools were used to make them, such as hairpins, combs and bronze tools that were used to wave and trim the hair.

Fabrics and knots were also used that were secured on the real hair (or, failing that, on the scalp) with beeswax and resin that were heated to the boiling point and hardened when cooled (Fletcher explains the case of a man buried near Asyut in Upper Egypt who had used thread to attach strands of human hair to his).

The ancient Egyptians adored braids, and perhaps that is why one of the preferred forms for extensions was braided hair. Some featured very intricate designs for added length and style.

For example, Princess Merit-Amun’s wavy brown hair had been filled in around the crown with abundant braids. She was also buried, like many upper-class women, with a duplicate of braids if necessary.

As for the internal filling of the wigs, it was often made with date palm fiber, which gave them greater volume (this can still be seen in the “ceremonial wigs”, such as those discovered in Deir el-Bahari, belonging to priests of the Twenty-first Dynasty).

Like us, and despite wearing a wig, the ancient Egyptians also wanted to hide the gray in their natural hair, and to achieve this they normally used dye.

The product used to dye the hair was vegetable henna (a product that is still used for the same purpose), which gave the hair a reddish tone. Sometimes hair was dyed after death.

According to Joann Fletcher, of the many wigs that have been found in ancient Egypt, an excellent example is the one found inside a box in a male tomb in Deir el-Medina, the town where the builders of the royal tombs lived during the Kingdom.

New, made up entirely of human hair, with light brown curls over a lower section of several hundred dark brown braids.

On the other hand, the best preserved example of a long-style wig was also found at Deir el-Medina, in the tomb of the architect Kha and his wife Merit. The wig, belonging to Merit, was found in a tall wooden box that served that purpose.

Along with this wig, made up of numerous curly braids of dark brown hair, a small box of braided hair extensions had also been buried.

Arranged in two thick masses on either side of her head, the ends of these braids had been placed in rounded sections to create a curly, bulky style that was associated with Hathor, the goddess of beauty, proving that the ancient Egyptians considered their own hair as one more form of art, to which they destined, how could it be otherwise, great doses of effort and skill.

Love and marriage in ancient Egypt