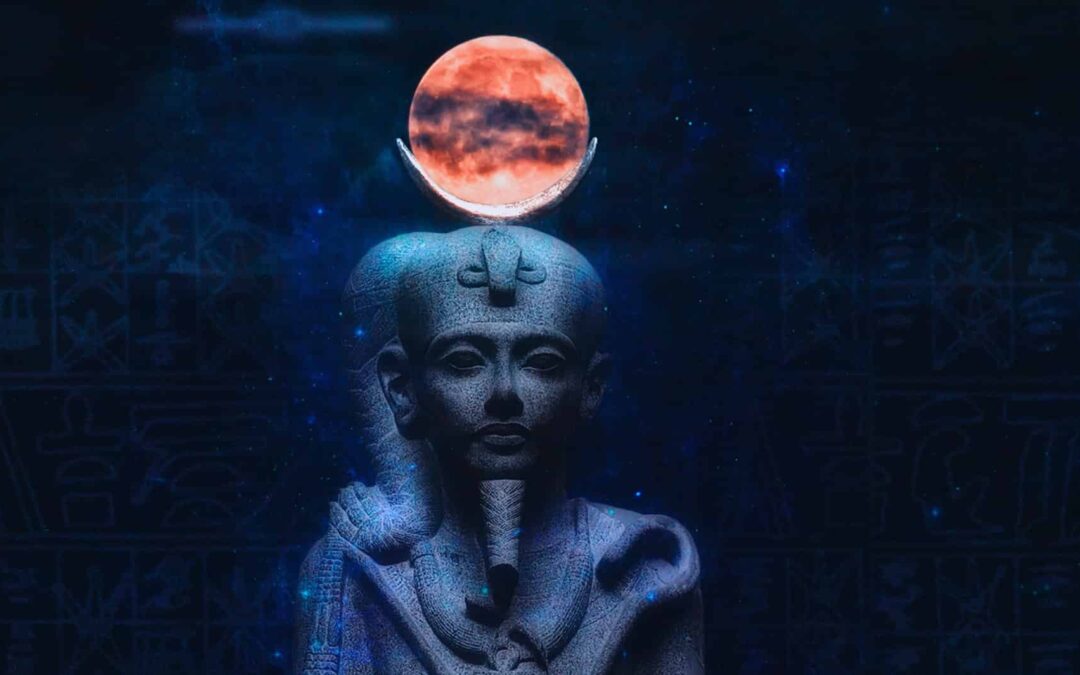 Khonsu (Chonsu, Khensu, Khons, Chons or Khonshu) is an Egyptian deity belonging to the religion of ancient Egypt, God of the Moon, time and knowledge.

His name means traveler and could refer to the moon’s journey across the night sky. He was also the God who measured the passage of time, a characteristic shared with the other moon god Thoth: While the latter determined time in general, Khonsu was related to the time of men. He was also part of the Theban triad along with Amun and Mut, of whom he was considered a son.

He made an appearance in the Pyramid Texts and the Coffin Texts, but Khonsu did not reach the peak of his popularity and influence until the New Kingdom, when he was called the greatest god among the Great Gods.

Many parts of the Karnak temple complex were dedicated to Khonsu, in the Ramesside period. The main temple of him, in the Karnak complex, is in good condition and on one of the walls there is a cosmogony in which Khonsu is near the great serpent that makes the cosmic egg fertile during the creation of the world.

Bearded man in walking position (Ancient Kingdom), who transforms into a mummified child, crowned by a crescent Moon and lunar disc; with uraeus and side ponytail, as a distinctive of youth.

He carries a “was-sceptre“, with djed, ankh, heka, crook and flail, and sometimes the menat necklace on his chest or in his hands.

He was also represented as a man with the head of a falcon, crowned with the lunar disk and a crescent moon; and other variants, such as baboon (considered as a lunar animal by the ancient Egyptians), bull or double bull.

In late times, he was represented as “god that drives away evil spirits”, healer god.

Statue of King Menkaure and his queen