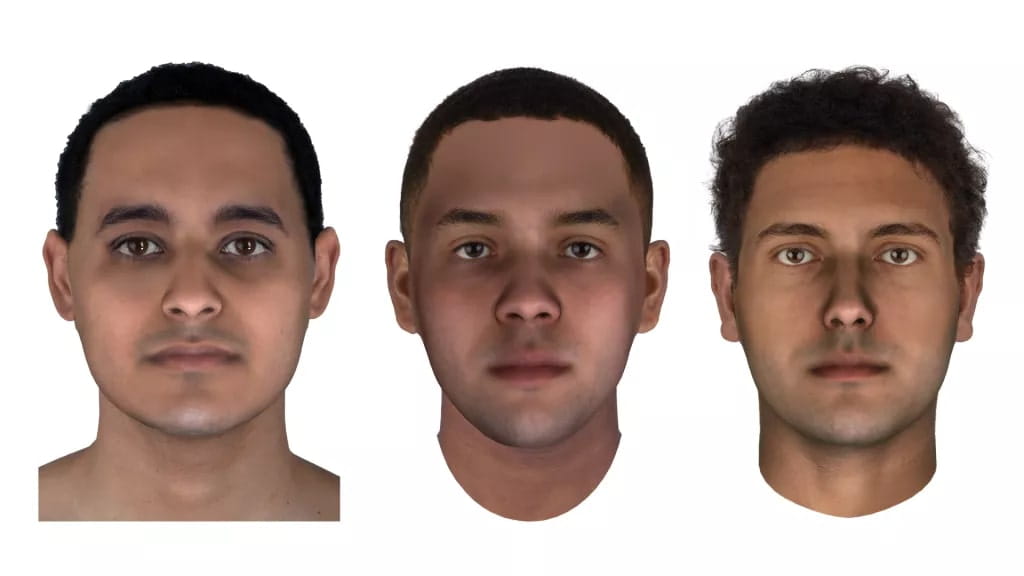 The reconstruction is fabulous. A forensic artist created their 3D faces based on genetic data.

It is the first time that a technique of this type has been used in human DNA from that time, since these three men of ancient Egypt lived 2,797 years ago and now, their faces have been reconstructed using genetic data extracted from their mummified remains.

The three men came from Abusir el-Meleq, an ancient city in an alluvial plain south of Cairo, and it is estimated that they were buried between 1380 B.C. and A.D. 425.

Scientists at the Max Planck Institute for the Science of Human History in Tübingen, Germany sequenced the mummies’ DNA in 2017 and thanks to this restoration of their genome, a team of researchers from Parabon NanoLabs, an American DNA technology company, has created 3D models of the faces of mummies with the help of a process known as forensic DNA phenotyping.

This technique uses genetic analysis to predict ancestry genetics, the Color of hair, eye color, skin color, freckles and the silhouette of the face, regardless of the ethnicity of the subject.

In fact, it is the same technology that many police departments around the world use to generate reconstructions when identifying remains. Although it had never been done on such ancient mummies.

“This is the first complete DNA phenotyping of human DNA from this era,” a Parabon representative said in a statement. The company revealed the face of the mummy at the 32nd International Symposium on Human Identification held on September 15 in Orlando, Florida.

They discovered that these ancient Egyptian men had light brown skin and dark eyes and hair.

“It’s great to see how genome sequencing and advanced bioinformatics can be applied to old DNA samples,” says Ellen Greytak, director of bioinformatics at Parabon.

The experts found that the three Egyptian men, who belonged to an ancient Nile community, are estimated to have lived between 2,023 and 2,797 years ago.

They also generated 3D meshes of the mummies’ facial features and used heat maps to highlight the differences between the mummies so they could refine the details of each individual.

“These techniques are revolutionizing the analysis of ancient DNA,” Greytak continues.

The site from which these mummified remains were extracted is located on the Nile River, a place inhabited since 3250 BC.

Did you know that baboons were trained in ancient Egypt to catch criminals?