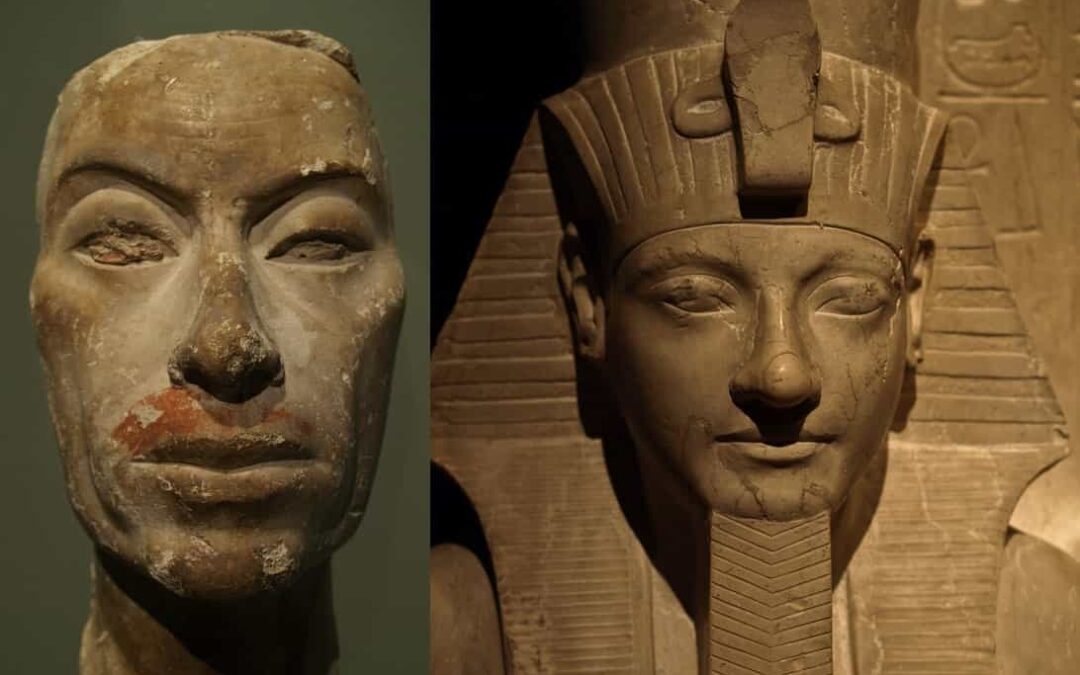 The mysterious death of Tutankhamun

All the events surrounding the death of Tutankhamun are the subject of controversy and debate, as they are still not very clear, and over the last decades many theories have emerged, without any of them having been 100% proven.

I explain what we do know: Tutankhamun died unexpectedly and mysteriously in his tenth year of reign, in a historical context in which Egypt was involved in a major confrontation with the Hittites.

Furthermore, it is very rare that news of the Egyptian defeat reached Egypt at around the same time that Tutankhamun’s death occurred.

We do not know if Horemheb himself, the regent, led the Egyptian troops in battle, but the fact that he does not appear to have taken part in Tutankhamun’s funeral.

After the death of Tutankhamun

By not having Horemheb, who should have been the one who led the direction of the funeral rituals of Tutankhamun, these were carried out under the direction of Ay, an important adviser of the Egyptian Court at that time, as one of the officials those most trusted by the king himself.

As for his family origins there is a cloud of mystery, but it is believed that he could even be a relative of Queen Tiye, Great Royal Wife of King Amenhotep III (Akhenaten‘s father).

From what is known, Ay was the one who was in charge of Tutankhamun’s funeral, and shortly after he appears as king.

We do not know why or how a high official like Ay came to be king of Egypt, but we do know that he must have been a kind of interim king, since the Great Royal Wife of Tutankhamun, his half-sister Ankhesenamun, still lived, and was involved in politics, trying to negotiate a peace with the Hittites.

The short reign of Ay

One of the main reasons why Ay’s interim reign was short is because he was old enough when he came to the throne, such that, at most, he came to reign for just over three full years, between Tutankhamun’s death in 1327 BC until his own death in 1323 BC.

During his short reign, King Ay tried in vain to achieve a just terms of peace with the Hittites, at the same time that he tried to prevent Horemheb, the regent of Tutankhamun, from seizing his throne after he died.

To do this he soon named an heir, an army commander named Nakhtmin, who we know was perhaps Ay’s own grandson.

As you can imagine, Nakhtmin became Horemheb’s great rival, but Ay’s successor would finally be Horemheb.

The reign of Horemheb

1- First actions from the throne:

One of the first things Horemheb did upon coming to the throne was to destroy the artistic legacy of both Ay and Nakhtmin, defacing the monuments or sculptures in which they appeared.

2- Problems with the chronology of Horemheb’s reign:

The problem in dating and establishing dates for Horemheb’s reign is that few inscriptions of the latter part of it are preserved.

It makes no sense that Horemheb’s tomb was found unfinished in the Valley of the Kings, for over those almost thirty years there should have been plenty of time to finish the tomb.

3- Relations with the Hittites during his reign:

During the reign of Horemheb the problems and confrontations with the Hittites continued regarding the territories of northern Syria.

As far as we know, around 1313 BC, the Egyptians made an unsuccessful attempt to reconquer the cities of Kadesh and Amurru. However, it should not be taken as an absolute failure, since the sources we have for these reconquest campaigns are Hittites, and not Egyptian.

It is not known for sure, but it is possible that Horemheb ended up reaching a peace agreement with his Hittite enemies, since a later Hittite text mentions a peace treaty that had been in force before and that was broken during the reigns of the king Muwatalli and the Egyptian King Seti I (1294-1279 BC), the second of the 19th dynasty.

In Egypt, Horemheb undertook several major construction projects, the best known of which is the Great Hypostyle Hall at Karnak.

Furthermore, it is possible that the systematic demolition of the city of Amarna, which was still inhabited at this time, also began during this reign.

There were also important measures in the field of Justice and Law, as the stele of the Great Edict found in Karnak tells us.

In this wake a long list of legal measures taken to end abuses such as the illegal requisition of ships and slaves, the theft of cattle skins, illegal taxes on private farms, fraud in legitimate taxes…

Other paragraphs deal with the regulation of local courts of justice, royal harem personnel and other state employees.