Home / The oldest version of the “Book of the Two Ways”

The oldest version of the “Book of the Two Ways” 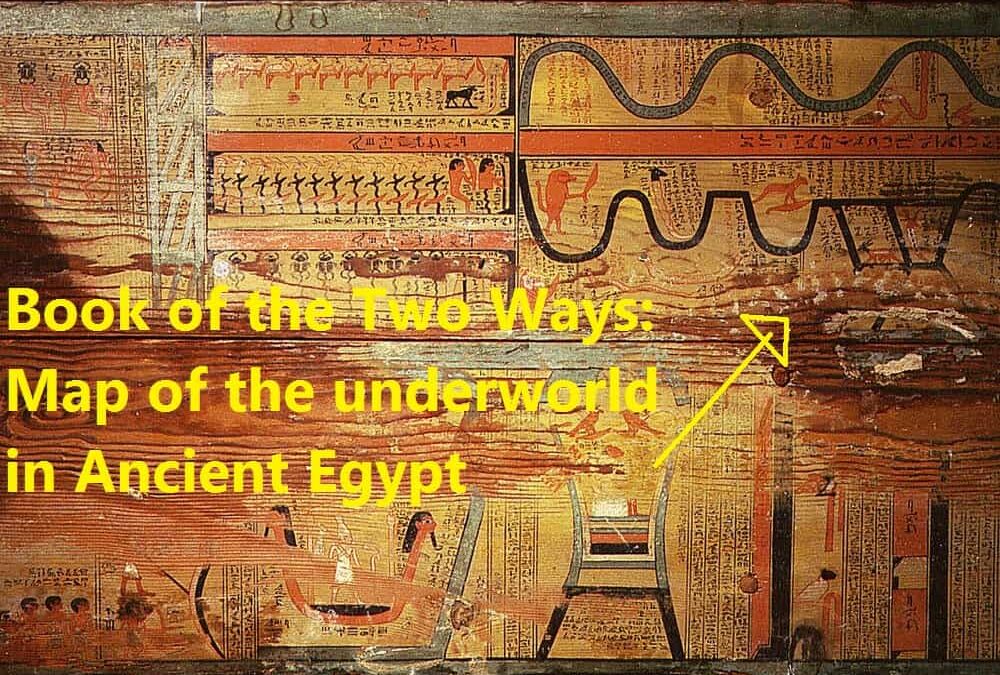 The “Book of the Two Ways”, the first example of a map of the underworld in Ancient Egypt

In 2012, archaeologists opened a tomb in the Egyptian necropolis of Deir el-Bersha. Although it had previously been looted and its contents were in poor condition, they discovered that one of the sarcophagi was inscribed with text from the so-called “Book of the Two Ways” or “Book of Two Paths,” unique graphic representations of the world beyond.

Now, a new study published in The Journal of Egyptian Archeology, examining this text, suggests that it could be the earliest known copy of the “Book of Two Ways,” dating back at least 4,000 years.

The researchers know this because the tomb contains inscriptions mentioning Djehutinakht I, a former ruler who lived between the 21st and 20th centuries BC.

Although the coffin was previously supposed to contain his body, the study reveals that it actually belonged to a woman from the elite called Ankh.

Various versions of the “Book of Two Ways” have previously been discovered in sarcophagi, tombs, papyri, funerary masks, etc. However, this version would be the oldest text found so far.

Its name refers to the two pathways by which the dead can navigate into the underworld, seek protection from supernatural beings, and enter the realm of Osiris, the ancient Egyptian god of the underworld and judge of the dead.

The book is part of a larger work known as the Coffin Texts, which includes 1,185 spells, incantations, and religious writings about the afterlife.

They are a repertoire of sacred formulas, offerings, and rituals of solar and Osiriac inspiration to help the deceased protect themselves from the dangers that could be encountered on the journey through the other world.

They were developed during the Middle Kingdom, when the nobility gained the right to use magical-religious texts, previously reserved only for the pharaohs.

When the people could access the use of these texts, around 1500 BC, it gave rise to what is known as the “Book of the Dead.”

The “Book of the Two Ways” was the first example of a map of the underworld in Ancient Egypt. The two paths represented are the terrestrial and fluvial routes, separated by a lake of fire, which lead to the abode of Osiris.

It describes the existence of seven gates with guardians or demons in each one. The first is a door of fire protected by a guardian called the One who rejects the ignorant, which prevents the passage of those who have no knowledge and, once crossed, offers two alternatives, towards the light or towards the world of darkness.

Only the pure can go around the guardians and advance without being trapped in absolute darkness, nothingness, to the Kingdom of full Light, presided over by Ra-Horus the Ancient, who is the divine light itself.