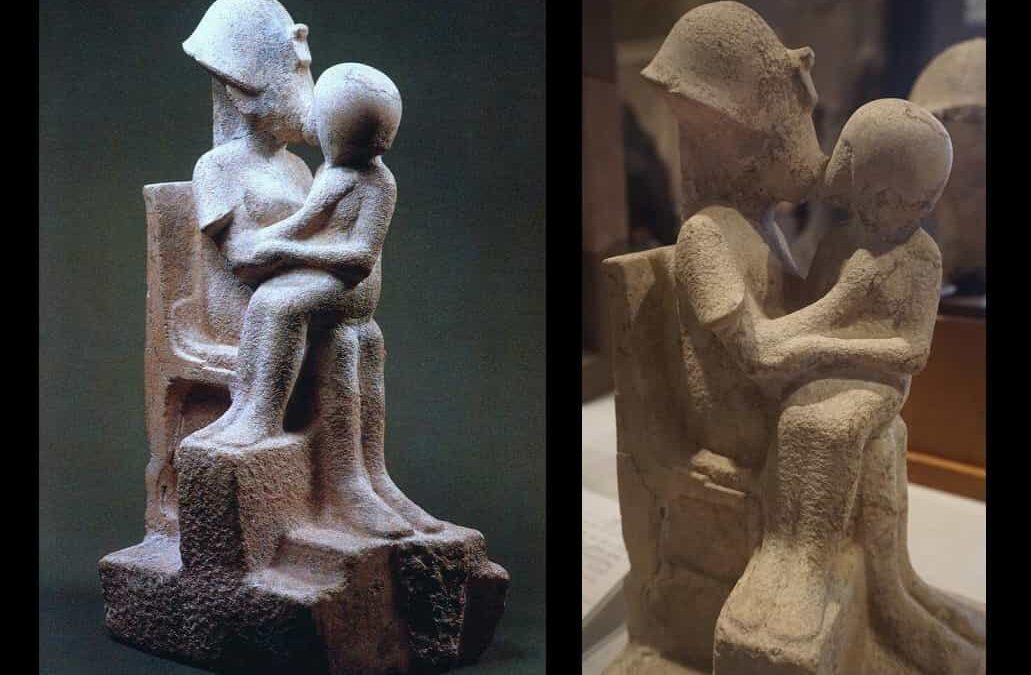 This statue, carved from limestone, is a unique and high-quality representation of King Akhenaten and one of his daughters. The statue was discovered in an artist’s workshop at Tell el-Amarna, an ancient city in Egypt.

The king is shown sitting on a stool and holding his daughter, who is affectionately turning her head towards him, as he kisses her.

This intimate depiction of life at the palace is a departure from the traditional representations of ancient Egypt, where such physical contact and affection were rarely depicted in art.

However, at Tell el-Amarna, scenes of Akhenaten and his wife Nefertiti kissing have been found, suggesting that they were publicly affectionate and had no problem with this image being depicted in art.

This statue was created during the reign of Akhenaten, in the New Kingdom, 18th Dynasty, Amarna Period, around 1353-1336 BC. It is now housed in the Egyptian Museum in Cairo, with the registration number JE 44866.

The oldest version of the "Book of the Two Ways"