Home / The mysteries of Osiris 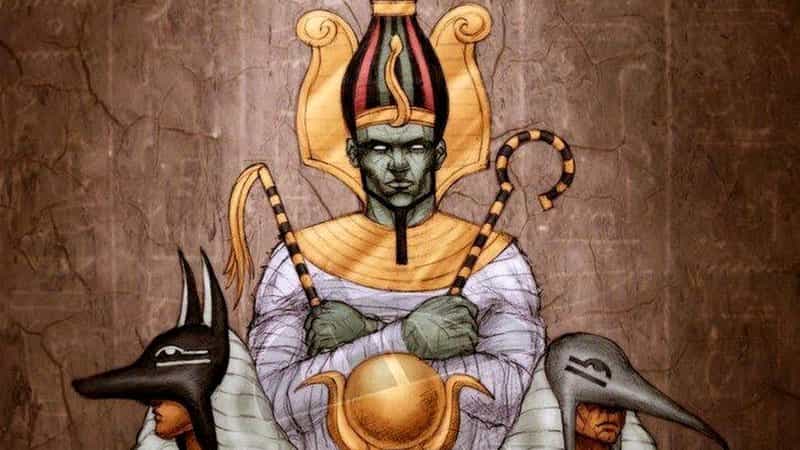 Osiris is considered the first pharaoh of Egypt, as well as a sovereign sage, loved by all. He is also credited with starting the civilization process of ancient Egypt.

He was considered a deity who came to the world to restore order.

It was Osiris who taught his people various arts: Music, weaving, and agriculture. His reign brought with it much prosperity. Laws were established that had to be followed by the entire population. He was worshiped as a god of fertility.

Furthermore, it was thanks to him that Egypt prospered.

Osiris had the goddess Isis as queen, who helped him rule, as well as transform his kingdom into a place of great prosperity. He also had a brother named Set (chaotic god), in complete opposition to Osiris.

On the other hand, Horus being considered his posthumously begotten son.

Son of Geb, the god of the earth, and Nut, goddess of the sky. Isis, in addition to his wife, was also his sister, as was Nephthys and the aforementioned Set.

The most common depiction of Osiris is that of a green-skinned, standing deity with a characteristic pharaoh’s beard. From his neck to his feet, he is shown wrapped almost like a mummy. With the torso from the front, his face and the rest of his body in profile, typical of ancient Egypt.

An important part of his iconography is in the Atef crown that he wears, very similar to the white crown of Upper Egypt, without neglecting the crook and flail that he carries with him.

In addition to the green color on his skin as a symbol of rebirth, he has also been represented in black, in relation to the fertility that arose in the Nile River plain.

Set, his brother, wished to usurp the throne of Osiris. Thanks to this, a plan was devised to assassinate him and thus, he deceived his brother, who fell into his trap. He ended up trapped in a coffin that would later be thrown into the Nile River. However, Isis, Osiris’s wife, rescued his body.

Once his wife rescued him, Set became enraged and scattered Osiris’s body in pieces throughout Egypt. It is said that every place where there was a piece of Osiris would end up being a sacred place. Isis collected his body parts, while Anubis embalmed him, making him the first mummy.

This is how Osiris was resurrected, although he was never the same. For that reason, he came back as the god of the world of the dead.

Osiris was the one who, in his role as god of fertility, ordered the cycles of life and death of all living beings. Once the plants grew again, after the floods of the Nile, Osiris was revered.

His death and resurrection are symbols of the cycle of the seasons.

Osiris has been, thanks to his benevolence, one of the most beloved gods by the ancient Egyptians.

In Upper Egypt, is the center of the greatest cult of Osiris. It was believed that the story of the death and resurrection of Osiris, one of the most important gods in Egyptian mythology, was recreated in this temple.