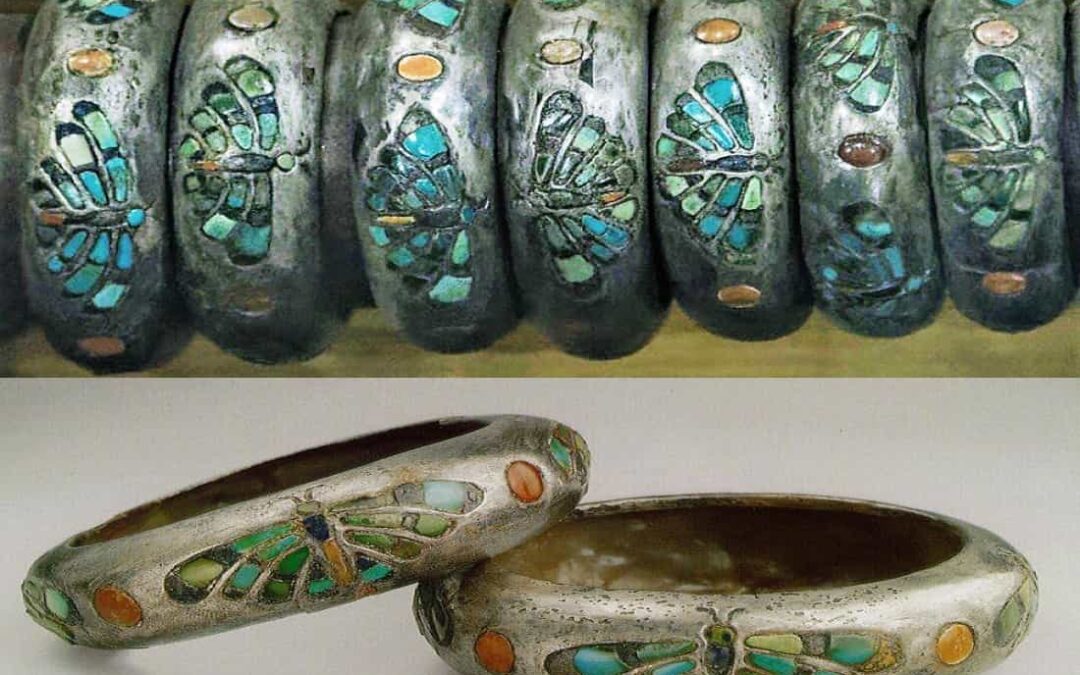 Hetepheres I (circa 2600 BC) was a queen of Egypt, mother of Khufu, and wife of Sneferu, Pharaohs of the Fourth Dynasty. She is considered to be the daughter of Huni, the fifth and last pharaoh of the Third Dynasty.

Hetepheres I’s marriage to Sneferu solidified his rise to the throne. Two great lines were joined when they married, as she had carried the blood royal from one dynasty to the next. She died during Khufu’s reign.

Discovery of the tomb

Hetepheres’ sarcophagus and funerary furniture were discovered in 1925. The tomb is located in the Khufu funerary complex, between the satellite pyramids and the processional way.

The burial chamber is located 20 meters deep, at the end of a descending corridor in which various objects were found, including remains of offerings.

The chamber was full of small objects piled up. The organic materials had disappeared and only dust and small fragments remained.

There are two small niches, in one of which the canopic jars were found.. The floor was littered with bits of gold, remnants of the plates that covered the furniture and other accessories.

Egyptologists and archaeologists considered it impossible to reconstruct anything with them, but George Andrew Reisner did not give up and reconstructed the exact location of some fragments in an interpretation considered outstanding.

The sarcophagus of Hetepheres was made of alabaster and the seals were intact, but it was empty. The whereabouts of the mummy remain a mystery and have given rise to various theories, including about her identity or her motherhood.

In the chamber was two chairs, a canopy, a bed, and a sedan chair. There was also a chest with jewels, pieces of pottery, a collection of knives and toiletries, perfume bottles, all of great wealth, embellished with gold, copper and lapis lazuli.

The completely reconstructed bed is an example of the sleeping habits of the ancient Egyptians. On the chair is an inscription with some of her titles: The mother of the King of Upper and Lower Egypt, Companion of Horus, The divine true daughter, Hetepheres.