Home / The Remarkable Life of Seneb: A High-Ranking Dwarf in Ancient Egypt 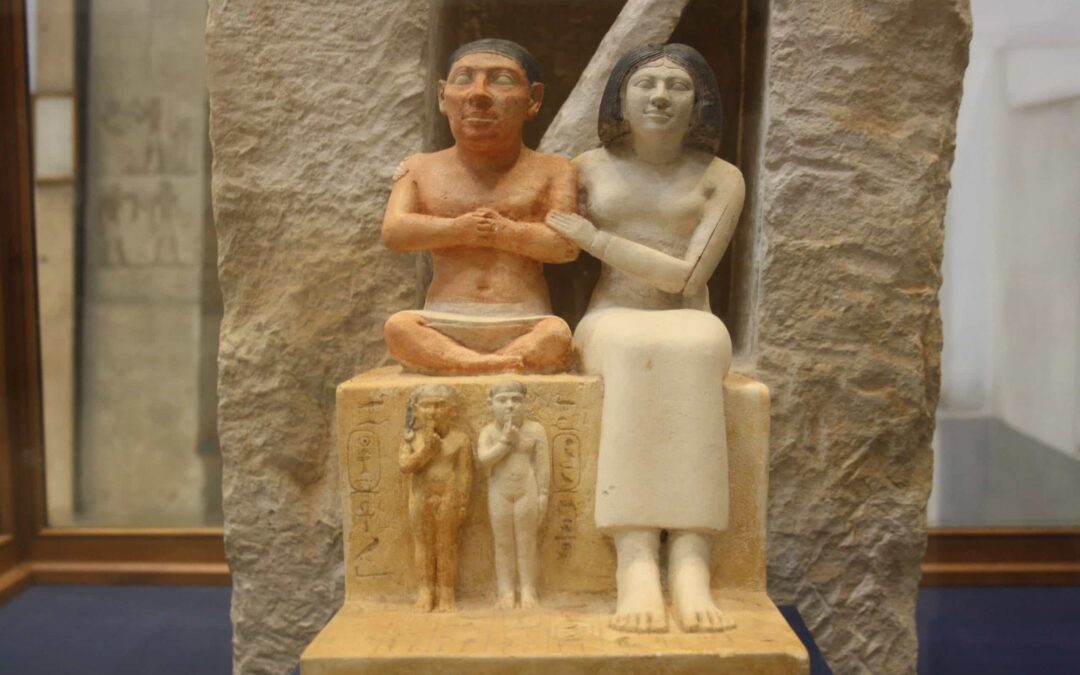 Seneb was a high-ranking court official in ancient Egypt who lived around 2520 BC. He was a dwarf, but this did not prevent him from achieving great success and importance in society.

He owned thousands of cattle, held twenty palaces and religious titles, and was married to a high-ranking priestess with whom he had three children.

The acceptance and integration of individuals with physical disabilities was valued in ancient Egyptian society, as demonstrated by Seneb’s successful career and lavish burial arrangements.

Seneb’s tomb was located in the West Field of the Giza Necropolis, near Cairo, and was rediscovered by German archaeologist Hermann Junker in 1926.

It is believed to date back to the reign of Djedefre (2528-2520 BC) and is situated close to the tomb of another dwarf, Perniankhu, who may have been Seneb’s father. The families of Seneb, Perniankhu, and Ankh-ib, whose wife’s name appears in the nearby tomb of an official, may have been related.

Seneb’s tomb was a mastaba, a flat-roofed brick structure, and was one of the first known attempts at building a dome over a square chamber.

It contained two cult niches with a false door and cavities with stone chests that contained three statues, including the famous painted limestone sculpture of Seneb and his family.

This sculpture is now part of the collection of the Egyptian Museum in Cairo and depicts Seneb and his wife sitting next to each other with their children in the lower register.

Seneb is shown sitting cross-legged on a block of stone with his wife embracing him and their children standing below him where the legs of a full-size person would normally be. The composition creates a harmonious symmetry.

The tomb was looted at some point in the past, like most of the others at Giza, and no trace of Seneb or his wife’s bodies remains. However, Seneb’s 1.5 ton sarcophagus is part of the collection of the Egyptian Museum of the University of Leipzig.

In addition to the limestone sculpture, paintings and carvings in the tomb depict various scenes from Seneb’s life, such as inspecting his estate and holding symbols of his office.

These paintings and carvings also depict Seneb realistically with the facial features and shortened limbs of someone with achondroplasia, a common form of dwarfism.

The acceptance and integration of individuals with disabilities in ancient Egyptian society is further demonstrated by the depiction of Seneb in a position of power and importance.

Seneb’s name, which means “healthy,” may have been given to him as a wish for survival by his mother. There were two dwarf gods, Bes and Ptah, and a number of dwarfs gained prestigious roles and were given lavish burials in proximity to their royal masters.

Sculpture of Seneb and his family

The limestone sculpture of Seneb and his family is a famous example of ancient Egyptian art and is now part of the collection of the Egyptian Museum in Cairo.

It depicts Seneb sitting cross-legged on a block of stone with his wife, Senetites, embracing him and their two children standing below him where the legs of a full-size person would normally be.

This creates a harmonious symmetry in the composition. Seneb is shown with his arms folded in a position characteristic of a scribe and his wife is depicted with a slight smile on her face, indicating her contentment and happiness.

The two children, one boy and one girl, are shown nude with their index fingers placed in their mouths and a lock of hair falling on one side of their heads, indicating that they were below the age of puberty.

Seneb and his son are depicted with darker skin coloring than his wife and daughter, which was a standard artistic convention used to indicate gender and status.

The names of the three children are recorded in inscriptions on the sculpture, and they were named after Seneb’s royal masters. Despite being depicted with normal proportions, they did not inherit their father’s condition of dwarfism.