Home / Statuette of Tutankhamun the Harpooner with Spear 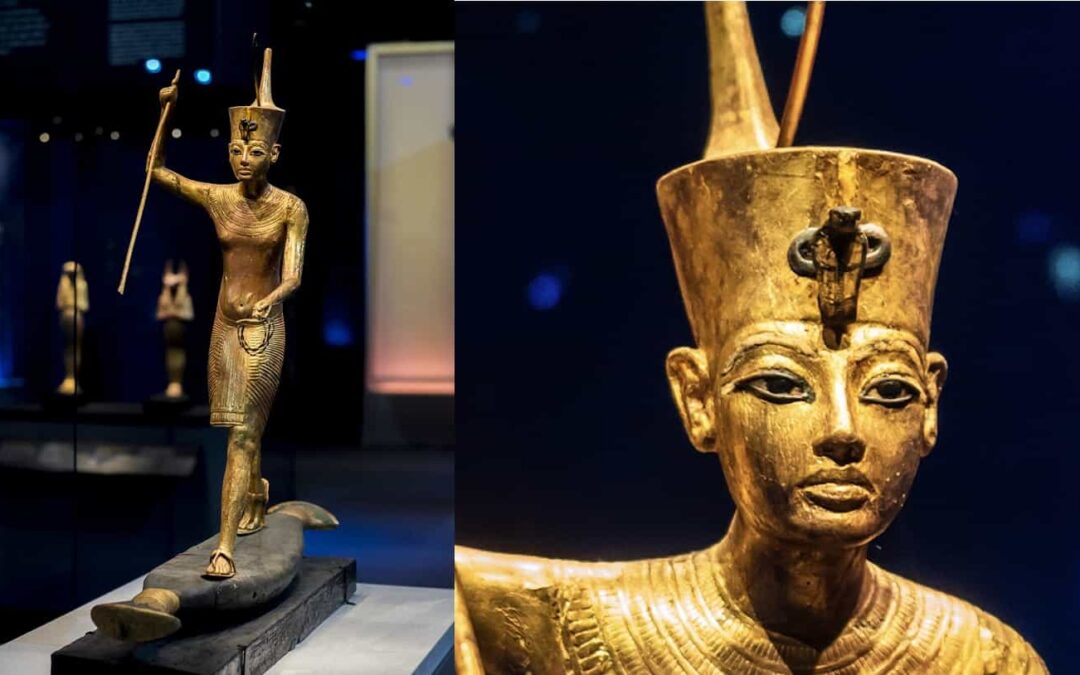 The Statuette of Tutankhamun the Harpooner is a gilded wooden statue of the ancient Egyptian king Tutankhamun, who is depicted standing on a wooden boat painted to look like a papyrus boat.

The statue is adorned with gold leaf and depicts the king wearing the Deshret Red Crown of Lower Egypt, holding a harpoon poised to strike an unseen enemy.

According to ancient Egyptian mythology, the king represents Horus, the son of Osiris and Isis, who sought to avenge his father’s death at the hands of Seth, often depicted as a hippopotamus or crocodile.

In this statue, the figure of the king holds a bronze coiled chain, which was used to bind the animal after it had been speared. The statue was discovered wrapped in linen inside a varnish-blackened chest.

In ancient Egypt, hippopotami were commonly found in the swamps and papyrus marshes of the lower Nile, and were hunted by the nobility. Depictions of these hunts were often included in the wall decorations of tombs, and the method used to capture the animals involved attaching a cord with a barb to a harpoon and projecting it towards the animal.

Once several barbs had entered the body and the animal was weakened from loss of blood, it was pulled to the bank and killed using the ropes.

The statuette is an important artifact that offers insight into the life and culture of ancient Egypt and the role of the Pharaohs in society.