Home / Mentuhotep II, the founder of the Middle Kingdom 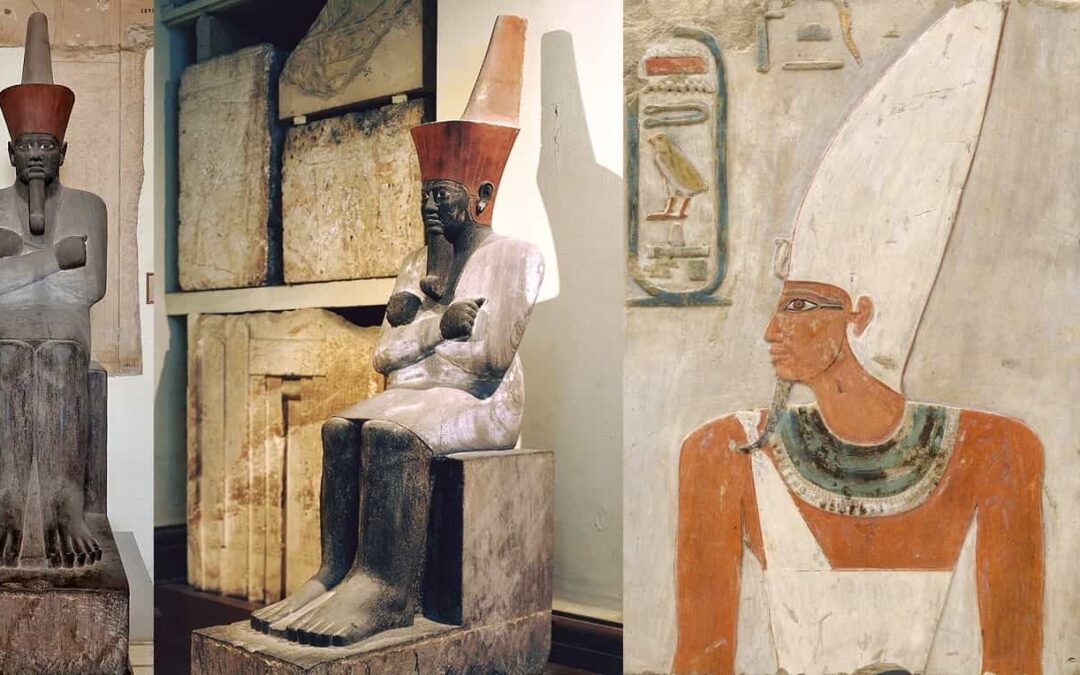 Nebhepetre Mentuhotep II (2055-2004 BC) was the pharaoh of the eleventh dynasty of ancient Egypt who inaugurated the period of the Middle Kingdom (2055-1650 BC) by reunifying the country after the division that the First Intermediate Period (2160-2055 BC) had supposed.

The reign of Mentuhotep II saw an increase in the available sources of knowledge, the number of buildings constructed, and the development of all forms of art, a clear sign of the prosperity that ancient Egypt was going through in those years of rebirth.

Although we say that the beginning of the Middle Kingdom coincides with the beginning of the reign of Mentuhotep II, on a pragmatic level, it began in his fourteenth year of local reign in Thebes. Those are the years the sovereign took to finish the conquest of the entire state, concluding the civil war against Herakleopolis.

With the death of Merikare, the sovereign of Herakleopolis, the resistance of his kingdom also died since his successor could only resist the advance and the inevitable reunification of the country in the hands of the Theban pharaoh for a couple of months.

Despite the fact we know very little about the last days of this civil conflict, we have preserved several pieces of evidence that demonstrate the virulence of the time.

The political and ideological reunification

After the final battle of the First Intermediate Period that ended with the Theban conquest of the city of Herakleopolis and the destruction of its royal cemetery, Mentuhotep II still had a long way to go to consolidate his return to state normality, with the aim of erasing all traces of the reigning lineage.

On the one hand, he had to recover the Egyptian possessions in Nubia. On the other hand, he had to gain control of the Memphite zone and the Delta to the north, which did not take long to surrender.

Unifying the state through negotiations and some battles did not imply that Mentuhotep II was entitled to hold the central throne of ancient Egypt.

For this reason, in order to justify and legitimize his power, the sovereign carried out an intense propaganda campaign: he modified the names of his title on several occasions to better reflect his political aspirations and to propagandize his great deeds.

Returning to the unity of the state did not mean returning to the forms of government and administration of the Old Kingdom. Since Mentuhotep II relied only on the Thebans for administrative and governing tasks, he ruled from Thebes – a city that, until then, had not been particularly important in Upper Egypt.

This way, Vizier’s position did not change, but his most immediate subordinates did, who became “the supervisor of the seal” and “the supervisor of the house”. While the former was in charge of calculating, collecting, and storing the income of the sovereign, the latter carried out the appropriate records of each of the previous tasks.

It is probable that he reduced and restricted the number and power of the nomarchs, who had enjoyed full independence during the First Intermediate Period, and who were now watched over by officials of the royal court touring the entire territory regularly.

The funerary complex of Mentuhotep II

Of the more than fifty years of Mentuhotep II’s reign, not only should we highlight the reunification of ancient Egypt and his numerous military campaigns, but also the construction of many buildings.

Although many of them no longer exist, other temples and chapels he erected are still found in Upper Egypt today, in places like Dendera, Gebelein, Abydos, Tod, Armant, Elkab, Karnak, and Aswan.

Undoubtedly, the most impressive of the surviving buildings is Mentuhotep II’s funerary complex, located at Deir el Bahari on the western bank of Thebes.

The scientific explanation of the "curse" of Tutankhamun

Twosret, the "powerful lady" who reigned among chaos