Home / The scientific explanation of the “curse” of Tutankhamun

The scientific explanation of the “curse” of Tutankhamun 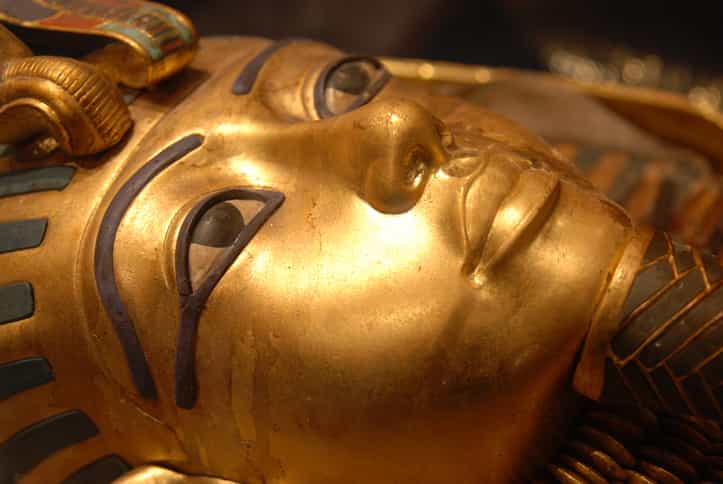 Tutankhamun’s ‘curse’ ensured that anyone who desecrated the tomb would pay the consequences. This was taken as truth for decades until science provided an answer to this mystery.

On November 4th, 1922, one of the most exceptional discoveries of Ancient Egypt was made. In the Valley of the Kings, the team led by archaeologist Howard Carter discovered the best-preserved tomb ever known: It was Tutankhamun’s – a pharaoh who ruled Egypt from the age of nine until his premature death at the age of eighteen.

Although his legacy in life was not outstanding, the media attention that Carter’s discovery received, along with more than five thousand pieces found in the tomb, made him the most famous pharaoh in history.

The origin of the ‘curse’ of Tutankhamun

The expedition led by Howard Carter and financed by the English aristocrat George Carnarvon became popular throughout the United Kingdom, in part thanks to the halo of mystery that surrounded the ancient Egyptian culture and the boom in the traffic of pieces that arose a century ago.

The news of the discovery and opening of Tutankhamun’s tomb was covered in great detail by the British media. After months of digging and extracting the treasures from the antechambers, the tomb was finally opened on February 17th, 1923, with the presence of fifty-eight people chosen by the expedition, including Lord Carnarvon himself.

Apart from the thousands of pieces found in the funerary trousseau that represented a titanic task of classification for the archaeologist, the press began to write fantastic stories that related the discovery to supernatural events and, above all, the famous idea that the pharaonic tombs had a ‘curse’ that would fall on anyone who tried to access them.

The construction of a myth

British author and mystic Marie Corelli saw to it that the story of Tutankhamun’s ‘curse’ crossed the Atlantic: a month after the opening of the sarcophagus, the bestseller published a letter in the New York World assuring that she possessed an ancient Egyptian inscription that confirmed the punishments awaiting those who desecrated the tomb.

Two weeks after Corelli’s article, the event that served as a powder keg for the ‘curse’ to become known throughout the world occurred: Lord Carnarvon died of an infection in a hotel in Cairo.

Since then, the English society seemed determined to believe in the existence of Tutankhamun’s ‘curse’:

Arthur Conan Doyle declared himself a believer in the ‘curse’ and outlined different theories to explain its operation; from the idea that the ancient Egyptians intentionally applied a poison before sealing the tomb to the fact that the opening of the sarcophagus meant the release of ghostly beings guilty of the deaths.

Media attention focused on the fifty-eight people present when the sarcophagus was opened. Carnarvon’s death was joined by the deaths of his brother Audrey Herbert and Archibald Douglas Reid (a radiologist who examined the pharaoh’s remains) in the same year.

The coincidences provoked all kinds of speculation and data that even ensured that of the group of fifty-eight, at least fifteen people lost their lives in the following five years.

The scientific explanation for the ‘curse of Tutankhamun’

Since then, different theories have tried to explain this series of coincidences from a scientific point of view, hypotheses that analyze the facts and suggest that, in reality, the ‘curse’ was nothing more than a cluster of events without a particular connection between them, starting with the death of Lord Carnarvon.

Although, at the time, it was believed that the patron of the expedition died of septicemia for no apparent reason, the most recent investigations point to a series of causal events that could explain his death:

After being sealed for three thousand years, the conditions inside the tomb of Tutankhamun favored the reproduction of various bacteria and fungi that, according to an investigation that took this case as an example, could develop greater virulence after spending a long period stored in the tomb.

Although these are microorganisms that could hardly cause damage to an immune system in good condition, Lord Carnarvon’s health problems (mainly respiratory) and a car accident he suffered years before suggest that it was actually a fungus known as Aspergillus, the one that caused an opportunistic infection in the aristocrat that culminated in his death.

Various microbiological analyzes inside ancient Egyptian tombs have discovered varieties of Aspergillus, as well as bacteria such as staphylococci and toxic substances such as ammonia, which in high concentrations, can cause serious damage to health.

This hypothesis could help clarify the death of Lord Carnarvon, while the data from the English media on the number of deaths (which sometimes estimated the victims of Tutankhamun’s ‘curse’ at up to thirty people) turned out to be false.

After checking years later that only eight individuals died in a twelve-year period, Howard Carter remained a skeptic for the rest of his life, which ended seventeen years later due to cancer.