Pharaoh’s architects, the builders of Egypt 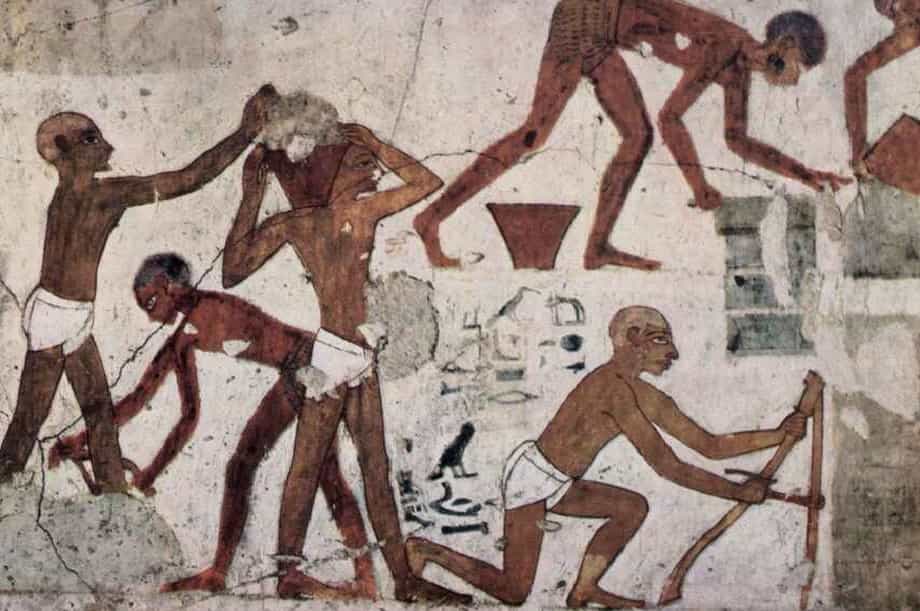 Pyramids, tombs and majestic temples for kings and gods are the great legacy left by the architects and builders of ancient Egypt.

In ancient Egypt, architecture could not be conceived except in the service of religion . Architects, such as scribes, painters, sculptors or doctors, acquired their knowledge in the “houses of life”, schools attached to temples and cultural centers that dictated the rules to be followed in all disciplines.

In addition, the great architects, those who were in charge of the works of royalty, they were not only in charge of designing tombs and shrines, but, as their position indicated, they were the “directors of all the king’s works.”

This included the planning of dams and canals, as well as the choice of the most suitable stones for the colossal statues of the pharaoh.

If the close relationship between religious architecture and the statues destined for each temple in particular is observed, it is appreciated that both disciplines were complementary.

The architecture was at the service of the statuary and vice versa, forming a harmonious whole that emerged from a single guiding mind.

This religious conditioning factor was manifested in all fields of architectural endeavor. Obviously, the temples, considered as “the house of God”, were impregnated with a high spiritual content – not shared with the people, since access to the sanctuaries was always forbidden to all the faithful.

But it is also that the tombs were considered “houses of eternity”, since, in their chapels, the ka or vital breath of the deceased received the offerings necessary for their survival in the Hereafter.

The private houses also had a religious component. For example, the Pharaoh’s workers who lived in the town of Deir el-Medina had a room in which they worshiped their family ancestors, the same room where births took place, thereby creating a continuity between living and dead tutored by divinity.

All credit to the pharaoh

The paternity of the constructions, on the other hand, was not attributed to the architects, but to the king. It was the pharaoh and the goddess Seshat – Thoth’s wife and, like him, the deity of writing and calculations – who marked the limits of the future sanctuary on the ground.

Then, beginning at least in the New Kingdom, the king directed the initial foundation work and modeled, following an established ritual, the bricks that marked the main angles of the temple.

Finally, the constructions were offered to the gods by the pharaoh, as personal works of the monarch. In this way, a human operation was raised to the spiritual plane thanks to divine intervention.

Although many architects are mentioned in Egyptian history, only some achieved real renown. Hemiunu held the titles of “royal son,” “vizier,” and “director of all the king’s works.”

As he lived under the reign of Khufu, during Dynasty IV, many Egyptologists consider him the author of the project of the pyramid of this king and director of its construction, although there is no specific document that testifies to this.

Hemiunu was buried in the great G4000 mastaba in Giza, near his lord’s pyramid.

In the New Kingdom, during the 18th dynasty, the architect Ineni had a long professional life, since he designed works under the reigns of the pharaohs Amenhotep I, Thutmose I, Thutmose II, Thutmose III and Hatshepsut.

Precisely for this last queen she built tomb KV20, the longest excavated in the Valley of the Kings, not counting that of Seti I, prolonged by an unfinished tunnel.

Although perhaps Ineni is best remembered for a phrase attributed to him as a result of the construction of the tomb of Thutmose I, probably the same KV20, of which the royal architect says that he did the work “without anyone seeing it, without no one would hear it “; surely it was referring to the secret that should surround the construction of a royal tomb.

Another Hatshepsut architect, Sen-en-Mut, who was probably her lover, Kha, for his part, was a prominent royal architect in Deir el-Medina, whose intact tomb, TT8, was found by Ernesto Schiaparelli in 1906.

His grave goods, preserved in the Egyptian Museum in Turin, shows the high social status of the architects during the New Kingdom.

Another character interested in architecture was Khaemweset, fourth son of Ramses II and second of Queen Isetnofret, who held the title of Great Chief of the artisans of Ptah, the highest hierarchy of the clergy of Memphis.

He designed the first galleries of the Serapeum of Memphis, the resting place of the sacred Apis oxen, and restored the pyramids of the Old Kingdom in the name of his father, which is why he is considered the first Egyptologist in history.

But still, none of them ever managed to match the fame of two architects who eventually even became deified:

The first of them is Imhotep, who was the architect of King Djoser during Dynasty III, at the dawn of Egypt, and the other is Amenhotep, son of Hapu, director of the works of King Amenhotep III, during the 18th dynasty.

Imhotep built for his king a grandiose funerary enclosure in whose interior six gigantic steps rose to heaven: the first stepped pyramid built in Egypt which, together with the rest of the enclosure, is the oldest construction in the world made of carved stone.

The design of some of its columns foreshadowed, two thousand years away, the Greek Doric order, and so unusual was the architecture of this enclosure that when Cecil M. Firth discovered it in 1924 he thought it was a Greco-Roman work.

In the Ptolemaic temple of Edfu, built thousands of years later, an inscription related that this sanctuary was built according to the millennial guidelines of Imhotep.

His fame as a wise man promoted him to the Greek Olympus as the god of medicine Asclepius, and later to the Roman as Aesculapius.

His tomb, still undiscovered, remains the main target of many archaeological missions operating in the Saqqara sands.

More than a thousand years after Imhotep, Amenhotep son of Hapu conceived the temple of Luxor, under the reign of Amenhotep III, in the 18th dynasty, a building that established the definitive canon of the Egyptian temple.

He was in charge of choosing the red quartzite blocks in the Gebel el-Ahmar quarry, blocks with which the famous Colossi of Memnon would be sculpted, which presided over the funerary temple of Amenhotep III on the western bank of Thebes, the modern Luxor.

For this reason he was awarded by Amenhotep III with a temple for his funerary cult, a privilege only reserved for the pharaohs and a number of queens.

In addition, several of his statues, which received popular worship, were placed in the compound of Amun, in that of the goddess Mut and in the sanctuary of Khonsu, in Karnak.

In one of them, Amenhotep declares that he has reached the age of holiness, religiously set at one hundred and ten years, although it is only pure rhetoric, since the illustrious architect died at the age of eighty, still an extraordinary age at that time.