The Three Queens Who Defeated the Hyksos Invasion in Ancient Egypt 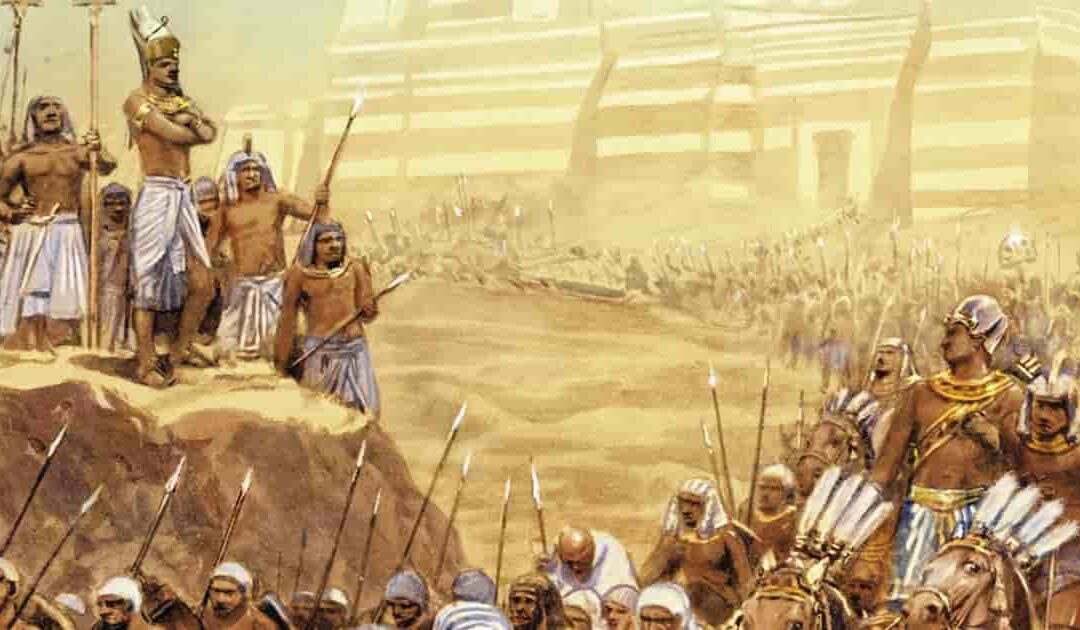 In the 16th century BC, three queens in ancient Egypt, Tetisheri, Ahhotep, and Ahmose Nefertari, played a significant role in expelling the Hyksos, a group of foreign invaders who had conquered the country.

The Hyksos had captured the city of Memphis and established themselves as the 15th dynasty of Egypt, ruling over northern and central Egypt for around a century.

In the south, however, parallel dynasties, the 16th and 17th, were formed by the original rulers of the region who saw themselves as the continuation of native Egyptian power.

These dynasties were based in the city of Thebes, located on the banks of the Nile in southern Egypt. The kings of the 16th dynasty were vassals of the Hyksos, but the 17th dynasty began to fight back with the help of the three queens of Thebes.

Tetisheri was the matriarch of a great Egyptian family, which included her son Seqenenre Tao II and daughter Ahhotep. She supported her son’s efforts to challenge the Hyksos rule and was a shrewd and influential woman.

Ahhotep, who was married to her brother Seqenenre Tao, also supported her husband in his fight against the Hyksos occupation in the north.

However, Seqenenre Tao was killed in battle and his successor, Kamose, also died on the battlefield just three years after taking power.

Ahhotep then became regent for her son Ahmose, who was too young to rule officially.

As regent, Ahhotep played a crucial role in the resistance against the Hyksos. She raised and trained an army, which was led by her son, and provided financial support for the war effort.

Ahmose’s sister and wife, Ahmose Nefertari, also played a significant role in the resistance against the Hyksos. She served as regent for her son Amenhotep I and was responsible for the administration of the country during his reign.

She was also a patron of the arts and a religious leader, and she played a key role in the restoration of the temples and the worship of the gods after the Hyksos occupation.

The efforts of these three queens, Tetisheri, Ahhotep, and Ahmose Nefertari, were crucial in the resistance against the Hyksos and in the eventual expulsion of the invaders from ancient Egypt.

Their partnerships with their husbands and their ability to rule as regents allowed the ancient Egyptians to strike back against the Hyksos and retake their cities in the north.

Their contributions to the resistance and to the rebuilding of the country after the Hyksos occupation were significant and laid the foundation for the next kingdom, which was led by some of Egypt’s greatest pharaohs, including Hatshepsut, Thutmose III, and Amenhotep III.

The legacy of these three queens remains an important part of ancient Egypt’s history and serves as a reminder of the important role that women have played in shaping the country’s past and present.

The Height of the Pharaohs