Home / The curious relationship between the Rosetta stone, the tomb of Tutankhamun and 2022 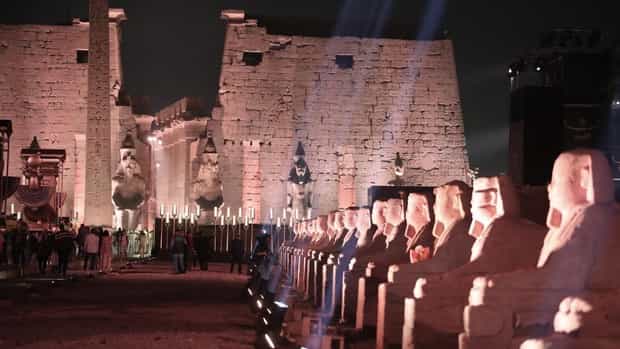 Egypt will inaugurate the Grand Egyptian Museum in 2022, one hundred years after the discovery of the tomb of Tutankhamun and two hundred after the decipherment of the texts of the Rosetta stone.

Years ending in 22 are special in Egypt. This is not an old legend from the time of the pharaohs. Nothing of that. It is more of a coincidence, a wink that comes from the past.

In 1822, the French Egyptologist Jean-François Champollion announced in Paris the decipherment of the Egyptian hieroglyphic texts of the Rosetta Stone, which had been found in 1799 in the Nile Delta.

The stone dates from 196 BC, and its study allowed shed light on that civilization, decipher the ancient Egyptian language and hieroglyphic writing. It’s in the British Museum.

In 1922 the English archaeologist Howard Carter discovered the tomb of Tutankhamun in the Valley of the Kings, the greatest archaeological find of all time.

It housed some 5,400 priceless pieces, including the famous funerary mask, which today are kept in the Egyptian Museum in Cairo.

In 2022, to complete this triangle, the Grand Egyptian Museum (GEM) will be inaugurated, the largest archaeological museum in the world dedicated to a single civilization, in which one billion dollars have been invested, located two kilometers west of the pyramids of Giza.

In 2022 there will be another announcement to round off the year. As Egypt’s Minister of Tourism and Archeology, Khaled El-Enany, said at a press conference in Madrid a few days ago, “we are going to announce some important new discovery.”

On April 3, 22 mummies, 18 kings and four queens, were transported from the Egyptian Museum to their new resting place, the new National Museum of Egyptian Civilization. They called it ‘The Golden Parade of the Pharaohs’ .

On November 25, as part of a grandiose televised ceremony, President Abdel Fattah Al-Sisi inaugurated the Avenue of the Sphinxes in Luxor, is a 2.7 km (1.7 mi) long avenue which connects Karnak Temple with Luxor Temple having been uncovered in the ancient city of Thebes (modern Luxor), with sphinxes and ram-headed statues lined up on both flanks.