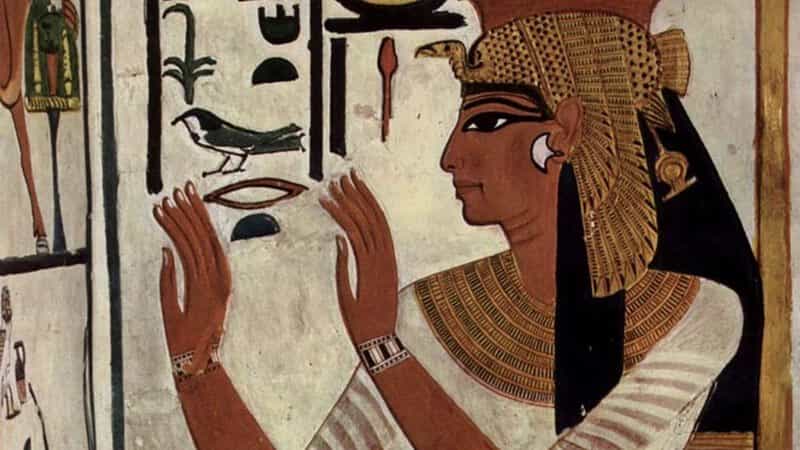 Alongside her husband, Pharaoh Ramesses II, Nefertari is known in history as one of the most powerful queens of Ancient Egypt during the 13th century BC.

Owner of exuberant beauty and splendid intelligence, the Queen was responsible for several diplomatic works, corresponding with other prominent royals of the time, and she actively participated in Egyptian politics.

When Ernesto Schiaparelli entered the Queen’s chamber, everything was in destruction. At some point in history – recent or ancient – someone had looted part of what is known as the Valley of the Queens in Egypt.

But Schiaparelli found something that caught his attention, that has since become one of the main archaeological mysteries on the planet.

It was the year 1904, and the renowned Italian pioneer found what seemed to be the remains of two mummified legs, in addition to a few gold treasures.

Only the paintings on the walls, a few gold-plated animal sculptures, a pair of sandals, a little else survived in that millennia-old chamber.

It was all to honor the “immortal” remains of Queen Nefertari, the wife of Ramses II, one of the most beautiful figures of ancient Egypt.

At that time, the place was 3,200 years old, and Schiaparelli had a great job ahead of him. Experts say that it once had the beauty of the Sistine Chapel.

Since the discovery by the Italian archaeologist, the successive experts who studied the chamber and the already famous legs agreed that the extremities would belong to the favorite wife of Ramses II, who lived in the twelfth century BC.

But only now can this hypothesis be scientifically confirmed – after more than 100 years have passed.

In an interview with the National Public Radio (NPR), York University Egyptologist Joann Fletcher explained that although the legs were found in Nefertari’s tomb, it was not an unequivocal conclusion that they belonged to her.

“We had no way of knowing that they were hers. They could have reached the chamber sometime later during one of the typical floods common in that part of Egypt,” said the scientist.

Digital studies began to shed light on the belonging of the most famous legs of antiquity. X-rays determined that they were from the same person – something fundamental and a first indication.

The second of the data indicated that the woman had died between the ages of 40 and 60 and that she measured 1.52 meters, slightly taller than the average Egyptian woman of that time.

The sandals – elaborate and unusual – that had been discovered in the vault also matched the measurements.

Another practice that were carried out to determine the authenticity was to compare the mummification system of those legs with other pieces that were known to belong to the time of Ramses II.

The result was positive. Archaeologists further believe that when looters broke into the tomb, they dismembered the body by stealing its belongings, most likely priceless jewelry and gold.