Home / The Amazing Sarcophagus of the Vizier Gemenefhorbak 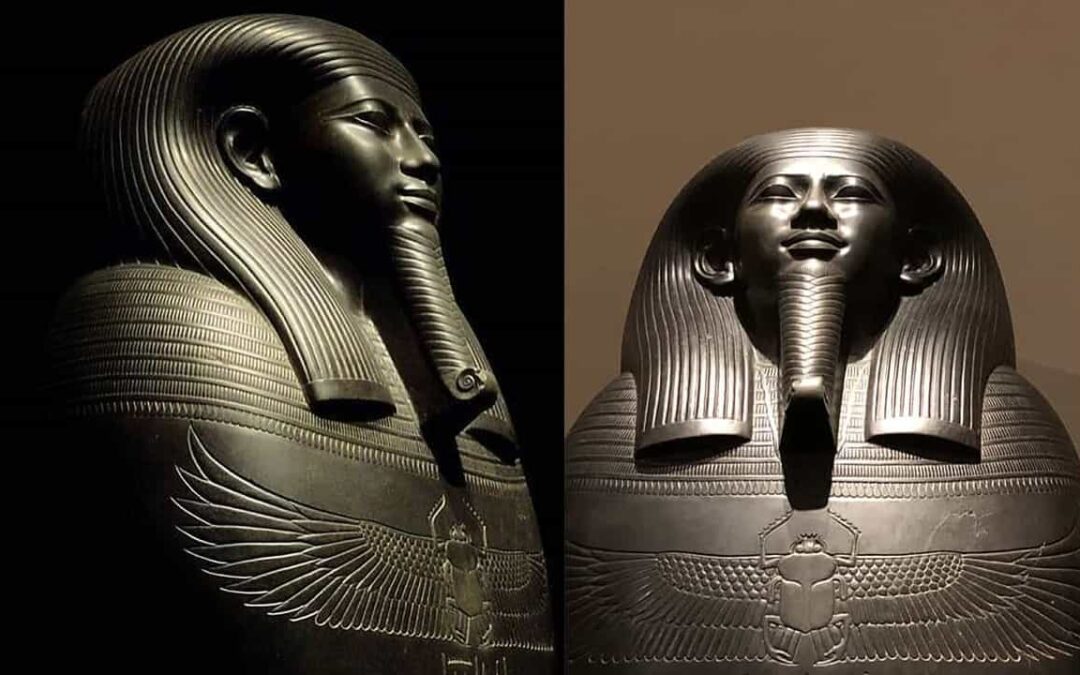 Gemenefherbak was a vizier. As such, he was responsible for justice, a function symbolized by the pendant picturing the goddess Maat on his collar.

The chest is protected by a winged scarab, a personification of the reborn morning sun. On the back of the Sarcophagus, the deceased is shown twice worshiping the Djed-Pillar, a symbol of Osiris, lord of the underworld.

In spite of the size of the object and the hardness of the stone, the sculptors express all their virtuosity in the polish of surfaces and in a sophistication of detail that is typical for the 26th Dynasty.

Gemenefhorbak was an ancient Egyptian vizier who officiated during the 26th Dynasty, most likely under Psamtik I. His father was the vizier Iufaa.

Gemenefhorbak was the “Vizier of the North”, meaning that he exercised his authority over Lower Egypt. He is mainly known from his meta-graywacke sarcophagus which is now in the Egyptian Museum in Turin.