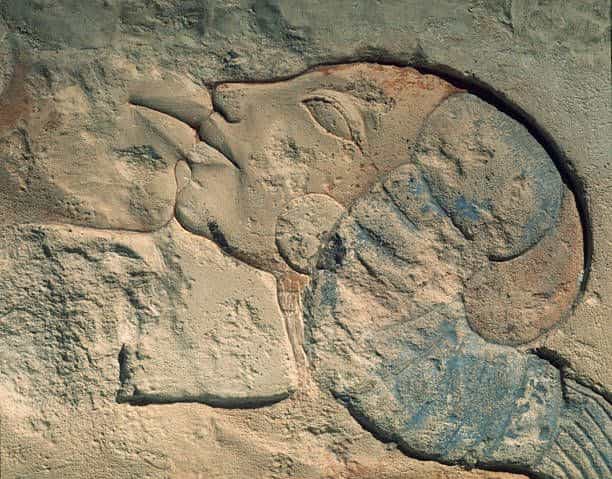 Eternal Bond: The Intimate Relief of Queen Nefertiti and her Daughter

The relief of Queen Nefertiti Kissing her Daughter is a piece of ancient Egyptian art that depicts a touching moment between mother and child.

The sunk limestone relief features Nefertiti, with a preserved head and neck, kissing a princess whose arm is wrapped around her mother. On the right side of the relief, there are three mutilated columns of text and above, a ray of the Aten holding an ankh.

The flesh folds on the necks of both figures are indicated and the queen wears a braided wig with a diadem. The princess, who is identified as “the princess, of his body, his beloved Merit-Aton“, wears long side-locks and earrings.

The inscription on the relief is all blue and ancient red pigment is used on the ribbon of the queen’s wig, the areas around the earrings, the center of the neck, the lips and chin of the two faces, the forehead of the princess, the hand of Aten and the ankh.

This relief is significant because it provides a glimpse into the intimate lives of the royal family during the Amarna Period, a time when artisans began representing scenes of closeness between the king, queen, and their daughters.

However, it also reveals evidence of violence directed towards images of Nefertiti after her death, as her face has been badly damaged while the princess’s image has remained untouched.

The relief was made during the New Kingdom, late 18th Dynasty, Amarna Period, reign of Akhenaten, around 1353-1336 BC. It was discovered in Hermopolis and is now housed in the Brooklyn Museum. The museum catalog number is 60.197.8.