Home / The five names of each pharaoh

The five names of each pharaoh 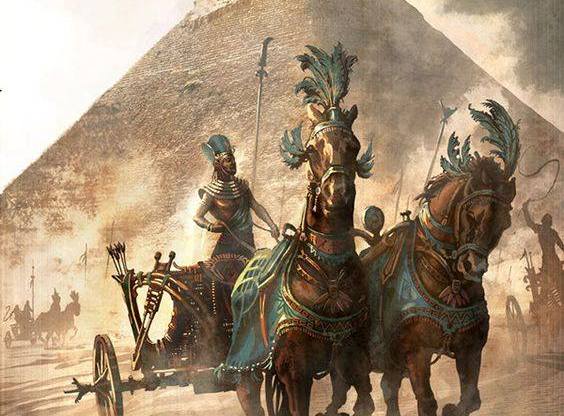 Although we know them by only one name today, the Egyptian pharaohs had as many as five or six. In addition to their birth names, at the time of accessing the throne they acquired four others that were linked to their respective titles.

From the beginning of Egypt, the pharaohs added to their birth names others that symbolized their earthly or religious power.

When acceding to the throne they acquired four titles, for each of which they had to choose a name – although the priests used to do it -:

These indicated a preference for one god or another, or a quality that the sovereign wanted to enhance in his person. Over time more were added to a total of five titles.

The name by which we know the pharaohs was their birth name, such as Hatshepsut, Ramses or Thutmose.

Although at first it was used to refer to the pharaoh as an individual, from Dynasty IV it was joined to a first title name, that of “Son of Ra”, which referred to the pharaoh as the representative of the solar god on earth.

It is the only name that is repeated throughout history and is identified with numerals -Thutmose I or III-, due to the fact that many children of the pharaohs inherited their father’s name.

Titles and their meanings

Of the other four titles, two are as old as civilization itself. The title of Horus existed since the beginning of the history of the pharaohs, as it appears in the Narmer palette, considered the first king of unified Egypt and founder of the First dynasty.

Horus, the falcon god, was the guarantor of order in the world, facing the chaos represented by Set, the divinity of conflict and lord of the desert.

One of his successors, Semerkhet, also introduced the title Nebty: it means “the two ladies”, referring to the tutelary deities of Upper and Lower Egypt, the vulture goddess Nekhbet and the cobra goddess Wadjet.

These protected the pharaoh from his enemies, but also represented the double crown of Egypt, as a reference to the unified country.

The other two titles – Golden Horus and Nsw-Bity – appear shortly afterwards, in Dynasties III and IV respectively, and are in a way a redundancy of the previous ones with a slightly different symbology.

The Golden Horus reiterates the role of the pharaoh as guarantor of order in the face of chaos and adds gold as a symbol of the eternal .

For its part, Nsw-Bity means “He of sedge and bee”, symbols that refer respectively to the Nile Valley and the Delta and allude again to the union of the country, so it can also be interpreted as “Lord of the Upper and Lower Egypt ” or “Lord of the Two Lands”.

So how do you read a full name?

Taking as an example Hatshepsut, one of the few queens of ancient Egypt who ruled as pharaoh with full powers, her full name was: