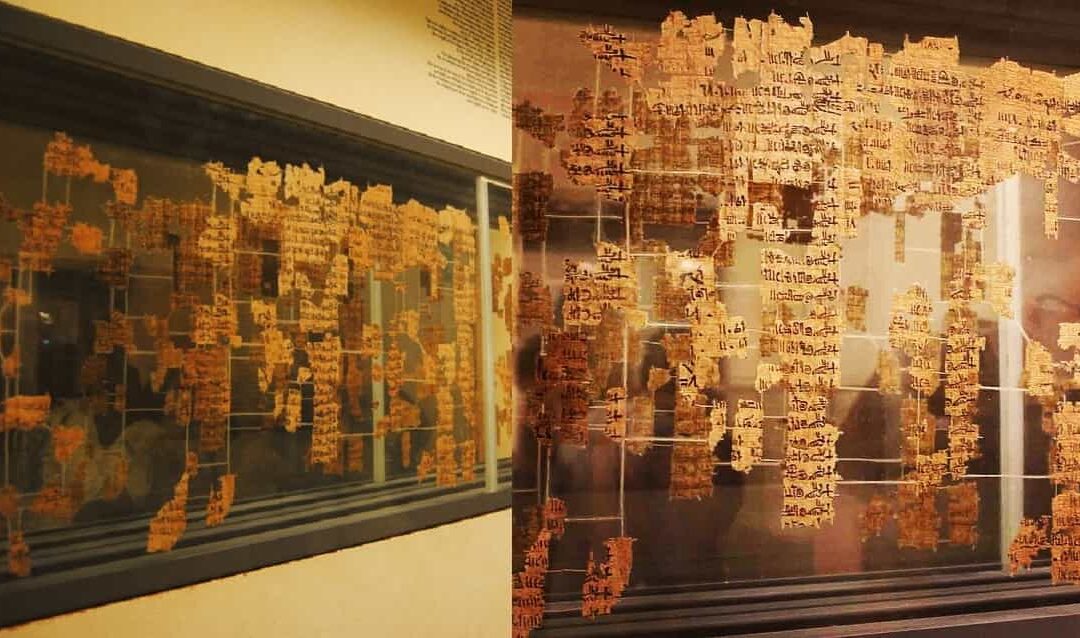 The Turin King List is a papyrus with texts in hieratic script, kept in the Egyptian Museum of Turin, to which it owes its name.

The text is dated to the time of Ramses II (although it may have been written later) and mentions the names of the pharaohs who reigned in ancient Egypt, preceded by the gods who ruled before the pharaonic time.

Unlike other lists, it has not been made to celebrate a pharaoh. Instead, it contains the names of all the rulers, even those considered minors and usurpers.

We do not know what sources the scribe used to organize the list, whether they simply copied it from an existing papyrus or composed it by having access to temple archives, compiling the list using old tax notes, decrees, and documents. The first possibility seems the most likely and would imply that the Turin King List is really a document of extraordinary historical value.

At 170 cm long and 41 cm high, the papyrus consists of about 160 fragments, most of them very small, with many pieces missing.

The papyrus was discovered by the Italian explorer Bernardino Drovetti in 1822 near Luxor, and it was practically intact. But, when the King of Sardinia donated it to the Egyptian Museum in Turin, it was already very fragmented due to the poor conditions of its transfer to Italy.

The importance of this papyrus was immediately recognized by the French Egyptologist Jean-François Champollion and later by Gustavus Seyffarth, who endeavored to reconstruct and restore it.

Although they managed to arrange most of the fragments in the correct position, the diligent intervention of these two men was also late since many pieces had been lost.

Giulio Farina reconstructed the papyrus and sealed the remains of the document between two sheets of glass in 1938; it has remained this way ever since.

In 1959, Alan Gardiner made a transcript that he published using that reconstruction and other fragments not included.

In 2008, Richard Parkinson and Bridget Leach carried out a new study of the document, finding remains of fragments still existing in the museum that had not been included by Farina in the restoration. So, in 2009, a new reconstruction was being worked on.

On one side, the papyrus contains a list of names of people and institutions and what appears to be an estimate of taxes.

However, it is the other side of the papyrus that has attracted the most attention, containing a list of gods, demi-gods, spirits, mythical kings, and humans who ruled Egypt, presumably from the dawn of time to the time of the composition of this invaluable book document. It is the only document that names kings before Narmer.

The beginning and end of the list are lost, which means we do not have the introduction – if there was such an introduction – nor the list of kings following the seventeenth dynasty.

The scribe divided the text into columns, of which eleven remain, with different numbers of lines. Most of the lines are composed of the King’s name (many inscribed on a cartouche) and the time of his reign.

The papyrus cites the names of the rulers, sometimes grouping them together and giving the length of the rule of some of these groups, corresponding, in general, to Manetho’s summary of the dynasties.

It also shows in years, months, and days the length of the reign of many pharaohs, and includes the names of ephemeral rulers or leaders of small territories, who are barely known, generally omitted in other documents.

The list includes Hyksos rulers, normally excluded from other King Lists. Although their names were not written within a cartouche, the hieroglyphic text (Hekau Khasut, “ruler(s) of foreign lands”) was added to indicate that they were foreign rulers.

The Statue of Djoser