Home / Where is Cleopatra’s tomb?

Where is Cleopatra’s tomb? 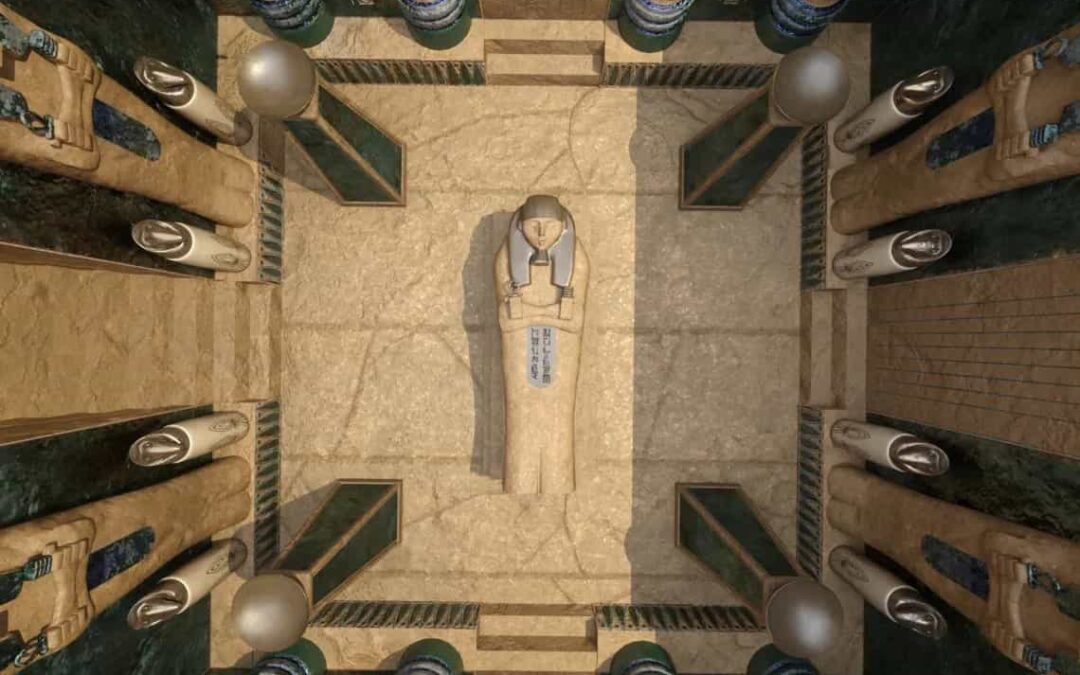 The tomb of the last queen of Egypt, Cleopatra, has long been a mystery to archaeologists.

Despite the great fame of the legendary queen of ancient Egypt, immortalized for thousands of years as a beautiful seductress, her tomb is one of the great unsolved mysteries of archeology. Cleopatra was the greatest woman of an age and one of the most iconic figures in the ancient world.

Some believe that she was buried in Alexandria, where she was born and ruled from her royal palace, a city decimated by the 365 AD tsunami.

Others suggest that her final resting place could be some 50 kilometers away, in the ancient temple of Taposiris Magna, built by her Ptolemaic ancestors in the Nile Delta.

In 2020, two mummies of high-status individuals, who were contemporaries of Cleopatra, were discovered in Taposiris Magna, as they were originally completely covered with gold leaf, a luxury that could only be allow those who belonged to the highest echelons of society.

The mummies were radiographed, establishing that they were female and male. They could be priests who played a key role in maintaining the power of the pharaohs. One carries an image of a scarab, symbolizing rebirth, painted in gold leaf.

Although Cleopatra was the last of this dynasty to rule the Ptolemaic kingdom in Egypt for almost three centuries, not a single tomb of any Ptolemaic pharaoh has been found.

In the place of the altar of the temple (Taposiris Magna), where the priests would have made offerings to the gods, 200 coins with the name of Cleopatra and her face have been discovered.

This find directly links the queen of Egypt to Taposiris Magna and reveals a strong image of the queen on these coins, appearing with a prominent nose and double chin, not like the classic beauties about her that have been immortalized in movies.

But are we about to discover Cleopatra’s grave?

At the site of Taposiris Magna they have been finding other remains dating from the time of Cleopatra, including the treasure of coins minted during her reign that we mentioned earlier.

Despite hopes, it is unlikely that Cleopatra was buried on Taposiris Magna. Many of the scholars believe that Cleopatra would have been buried in Alexandria, possibly in an area that is now under water.

And it is that in the last two millennia, coastal erosion has made parts of Alexandria, including an area that houses Cleopatra’s palace, are now submerged.

One would also have to count on the probability that Cleopatra’s tomb was destroyed sometime in ancient times or even buried under the modern buildings of Alexandria.

The search for Cleopatra

The location of Cleopatra’s final resting place has been a subject of much speculation and remains tempting. It’s no wonder we haven’t found Cleopatra’s grave yet; in fact, there are very famous people from antiquity whose graves have never been discovered (excluding cultures where cremations were the norm and the practice of building large tombs did not exist).

For example, the location of the tomb of Nefertiti or of Alexander the Great.

What does Tutankhamun's death mask represent?