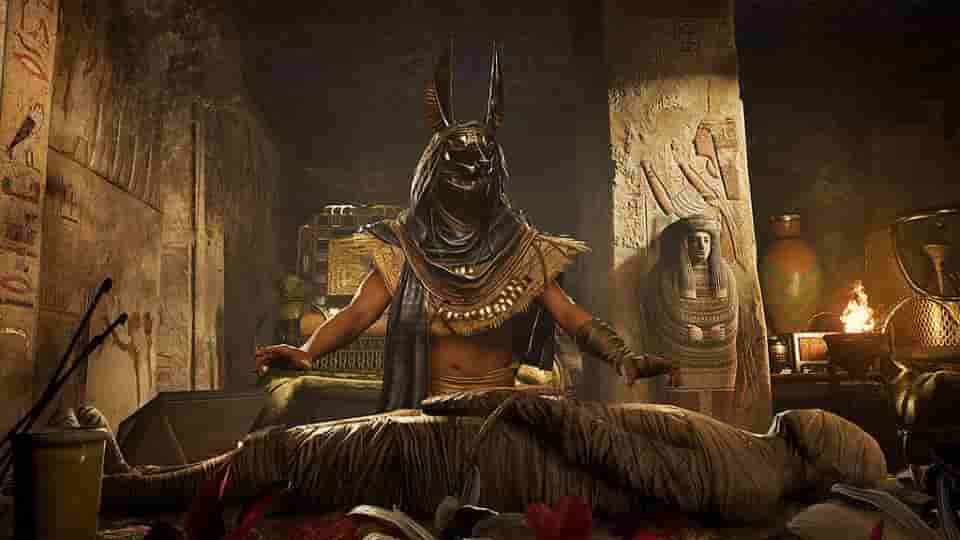 The ancient name of Anubis, “Inpu”, means “that of the jackal”. He was first god of the dead and was relegated to the background when the cult of Osiris gave him the leading role in the Hereafter.

He is one of the oldest gods of the Egyptian pantheon, appearing already in the Nagada pre-dynasty palettes.

In a text of Unas he is associated with the eye of Horus and, in the Book of Caverns, his mission was to guide the dead in the Hereafter, lighting it with the moon.

What is Anubis’s power?

In addition to presiding over the graves; one of his functions was to be the “road opener” of the North, as Wepwawet “Upuaut” was from the South; his importance on this site was as much as that of Osiris, with whom he shared the kingdom of the Hereafter along with Upuaut.

Anubis was also the protector of mummification priests, since he was the embalmer of the gods for having helped Isis mummy Osiris; in this way he was responsible for the evisceration of the dead and received the title of “The one who presides over the divine tent”, which is the place of mummification; or “He who is over the bandages.”

He is the god of mummification who accompanied the deceased in court. In his entourage, according to the Book of the Dead, he had seven spirits (Amset, Hapy, Duamutef, Kebehsenuf, Maa-an-tef, Jerybakef and Mejenti-irti).

Anubis is also considered the personification of the summer solstice as Upuaut is the winter one. He received the names of “Lord of the Westerners”, and “He who opens the doors below”, or “Lord of the Sacred Country” (as guardian of the doors of the Duat). Duat is the realm of the dead in ancient Egyptian religion.

In Abydos, ” Lord of Rosetau ”, in Memphis,“ Lord of the Caverns ” , in Assiut, in reference to the world of the dead, as patron of these necropolis.

From the New Kingdom he is also called “He who counts hearts”, since Anubis laid hands on the deceased to take his heart and take him to trial, where it will be weighed under his watch; instead it puts a beetle-shaped amulet.

Egyptian god Anubis was also the god who was begged to perform love spells. Due to his kinship with the sacred cow, he bears the title of “Lord of the Dairy Cows” and, in Meroe, he is often found making donations of milk with Isis at the offering tables.

The ancient texts do not ascribe father or mother. Later he becomes son of Seth or son of Osiris and Nephthys by being integrated into the religion of Osiris.

In the myth of Osiris, he is sent by Ra to help Isis and Nephthys prepare the body of Osiris for mummification. From this incorporation comes his title of “Lord of the bandages”; in the myths of cosmic origin he is the son of het and Sopdu.

According to the Pyramid Texts, his daughter is Qebhet. In the Texts of the Sarcophagi, in Atifih, he has as mother the cow Hesat; in other places his mother is Bastet.

Why is Anubis black?

Anubis was represented as a jackal-headed man, holding the royal scepter; his face is black, due to the color of the rotting of the bodies, of the fertile earth, a symbol of resurrection.

Occasionally he appears as a dog that accompanies Isis. The association with the jackal is probably due to the jackal’s habit of digging up the graves to feed.

Worshiping him, they hoped to invoke him to protect the deceased. Anubis is the point of union between both zones, the horizon, and is represented as a dog because they see both in darkness and in the light.

Syncretism made Anubis, along with Upuaut, one of the generals who accompanied Osiris in his civilizing journeys.

Pictures of Anubis the Egyptian God