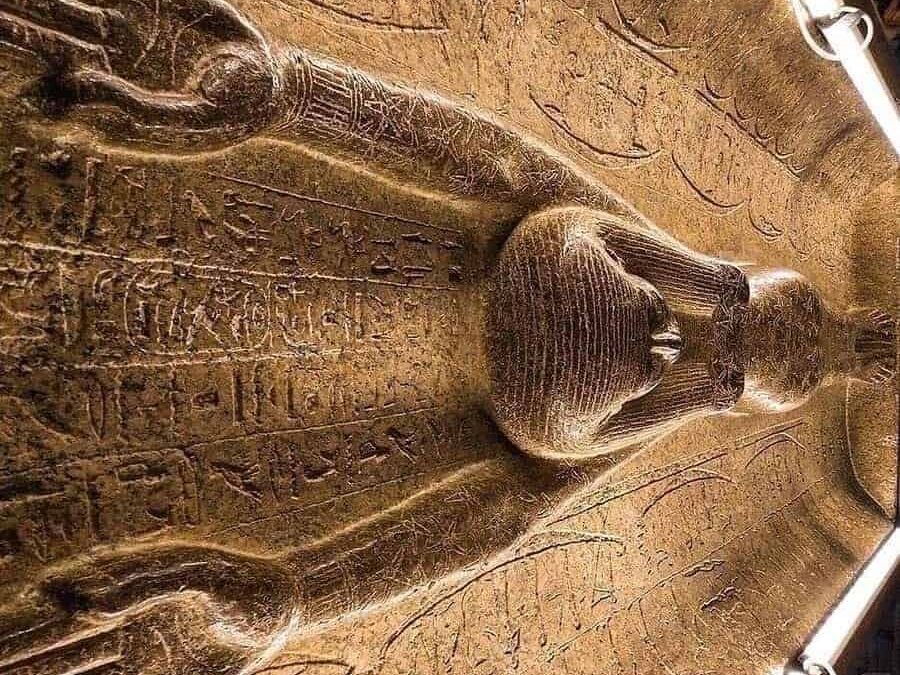 Goddess Nut: Nut is a female deity of the Egyptian pantheon, daughter of Shu and Tefnut. She is considered goddess of heaven and creative divinity of the universe. She is Geb’s sister and wife, and with him she conceived all the Osiriac gods: Osiris, Horus, Seth, Nephthys and Isis, in that order.

The myth tells that Nut created five of the 365 days of the year. Shu, her father, and Ra, tried to take her away from Geb so they would not have children, and that is why Ra forbade her to meet him during the 360 ​​days of the Egyptian calendar.

But goddess Nut managed to overcome this ban by adding five days with fragments of time she got from the moon. These days are known as the Epagomenal days and constitute a separate month.

The ancient Egyptians called them heru renpet, and every year on those days, at the end of the year the birth of the children of Nut and Geb was celebrated. On each of these days, one of the gods was born.

Osiris: “King of Beyond”, who was born on the first day.

Horus the Elder: King of Egypt, on the second.

Set: Chaos and the desert, on the third.

Isis: Throne of Egypt, on the fourth.

Nephthys: night and death, the last born on the fifth day.

Nut is represented as an arched woman on the earth, holding with her feet and hands: the hands are always oriented to the East and the feet to the West. Her body is usually covered with stars.

The origins of Nut are in Heliopolis. Therefore, it is known as Lady of Heliopolis, and is associated with the cycle of the sun.

She is associated with the solar cycle, every night Nut swallowed Ra who was sailing through her body with the solar boat and every morning he gave birth to the new day, as a beetle that represents the first sun of the day.

The sun traveled through her body at night and the stars and the moon did it during the day.

In the funeral aspect, goddess Nut, like Ra, were the gods that made the deceased reborn, they became stars within her body. It is common to find its representation in the lower part of the tops of the sarcophagus.

Goddess Nut appears with the wings extended protecting the deceased, or inside the sarcophagus with arms raised, to help them be reborn in the hereafter.

Her bare chest is the one that offers comfort to the dead. She was also represented on the roofs of temples and tombs. Her abode was a sycamore and its branches were a refuge for tired souls.

Her laugh was thunder and her tears the rain, she was the mother of all the celestial bodies, each day they entered through her mouth and exited through her womb, as if it were a birth.

Her extremities symbolize the four pillars on which the sky rests. Ichnographically, it is identified by the circular pitcher of water that it wore on her head; it could carry a celestial sign with a ceiling or a hieroglyph of her name. Goddess Nut is also the cow with her starry belly.

Goddess Nut was the Lady or the Queen of Heaven, the representation of a celestial vault that was full of life for the ancient Egyptians. She had her sanctuary in Memphis and the Delta region; she also had another in Dandarah.

Why Were Cats So Important In Ancient Egypt?