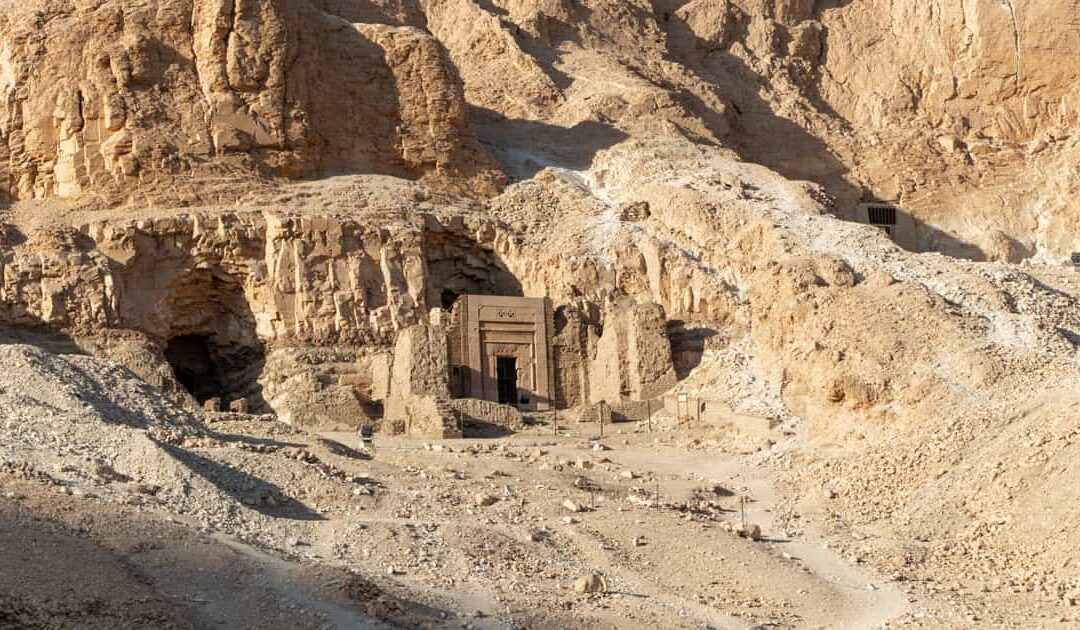 A team of Polish archaeologists who have been digging in the Theban necropolis of el-Asasif for years have discovered the fragments of nine crocodile heads that were placed in the tombs of two nobles. This is a unique and surprising find due to the rarity of such objects.

The Theban necropolis is located opposite Thebes (present-day Luxor) on the western bank of the Nile. Most of the pharaohs and nobles were buried here during the New Kingdom.

During the Eighteenth Dynasty, tombs began to be built in various areas on the west bank, such as Dra Abu el-Naga and Qurna. The craftsmen who worked on the construction of royal mortuary temples and the tombs of the pharaohs built their own graves in the Valley of the Artisans.

As previously mentioned, the necropolises are located on the western bank of the Nile because for the ancient Egyptians, the West was the location of the underworld (duat).

The necropolis of el-Asasif, where mainly high-ranking ancient Egyptian officials of the 18th, 25th, and 26th dynasties were buried, is located west of the causeway leading to Queen Hatshepsut’s mortuary temple at Deir el-Bahari.

Here, a team of archaeologists from the Center for Mediterranean Archeology at the University of Warsaw, led by Patryk Chudzik, made an unusual discovery: nine crocodile heads that had been placed inside two tombs belonging to high-ranking nobles.

These heads, which were found in a pile of rubble, were not mummified, but were simply wrapped in cloth. When the archaeologists unwrapped them, they discovered fragments of the skulls, as well as the jaws and teeth of these animals.

The results of this fascinating find have just been published in the Journal of African Archaeology. The Polish archaeological team has been studying two tombs in this necropolis since 2013, which were excavated more than a century ago by archaeologist Herbert Winlock from the Metropolitan Museum of Art in New York (MET).

One of the tombs belongs to a nobleman named Cheti, who was apparently an important official during the reign of Mentuhotep II (2009-1959 BC), and the second probably belonged to a vizier who served in the court of the same pharaoh.

According to Patryk Chudzik, this is a “unique discovery” because it is not common to find the remains of these reptiles in tombs, but rather it is something more characteristic of temples. The specimens studied belong to the species Crocodylus niloticus, one of the four species of crocodiles that inhabit Africa. However, only fragments of skulls and jaws remain.

The poor conservation of these remains may have contributed to the excavation carried out by Winlock, who did not pay much attention to these animal remains at the time and prioritized the study of other materials.

Why crocodiles? In ancient Egypt, the god Sobek, who was the god of fertility, vegetation, and creative power as well as a protective deity, was represented by a man with the head of a crocodile.

Pectoral and Necklace of Princess Sithathoryunet