Home / Daggers of Tutankhamun: A Symbol of Royalty and Power 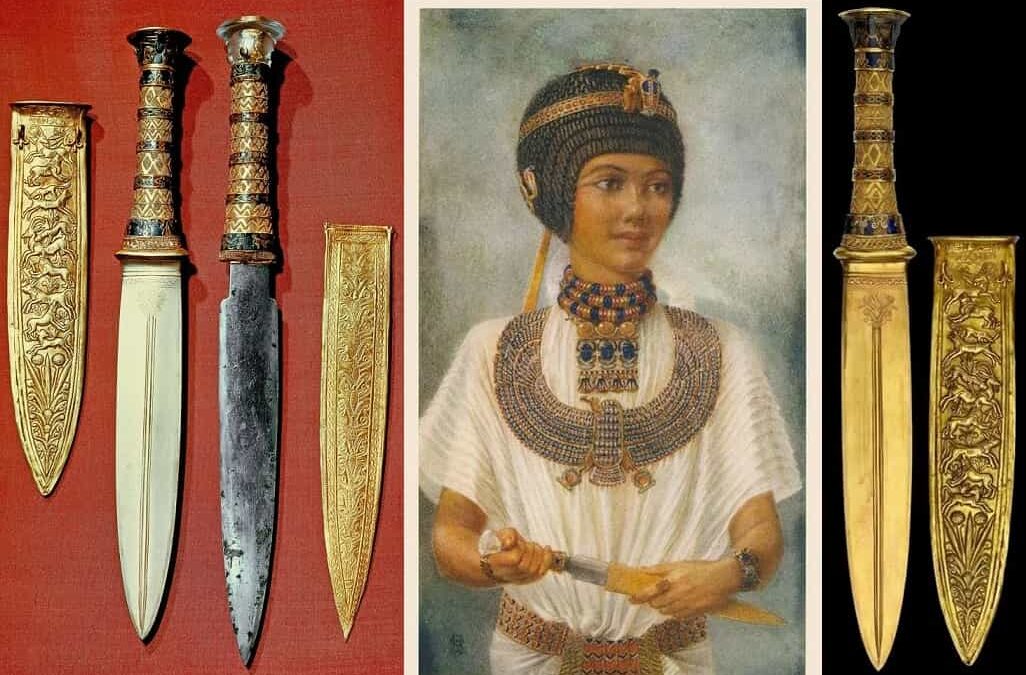 The two daggers of Tutankhamun are a pair of intricately crafted gold and iron weapons that were discovered in the Pharaoh’s tomb during the 1922 excavation led by Howard Carter.

The daggers, which are believed to have been used for ceremonial or symbolic purposes, are now housed in the Egyptian Museum in Cairo and are considered to be among the most valuable and iconic artifacts from ancient Egypt.

The iron dagger, on the other hand, is closely correlated with meteoric composition and exhibits homogeneity. The handle is exquisitely decorated with gold granulation and glass inlays, and is fitted with a knob of rock crystal.

When the iron dagger was discovered, it was initially thought to be imported, perhaps from the ancient Hittite Empire in Anatolia, where there was an early iron industry.

However, it was later confirmed in 2016 that the iron originated from much further afield, as it contains high levels of nickel associated with meteoric iron.

This discovery was made through an X-ray analysis that was performed without damaging the dagger, indicating a new approach to Egyptology that emphasizes preservation over destruction.

The two daggers of Tutankhamun are valued for their beauty and craftsmanship, as well as their historical and cultural significance. The intricate designs and inlaid precious stones demonstrate the high level of skill and artistry of the ancient Egyptians, while the use of gold and iron reflects the wealth and power of the Pharaoh and the ancient Egyptian society.