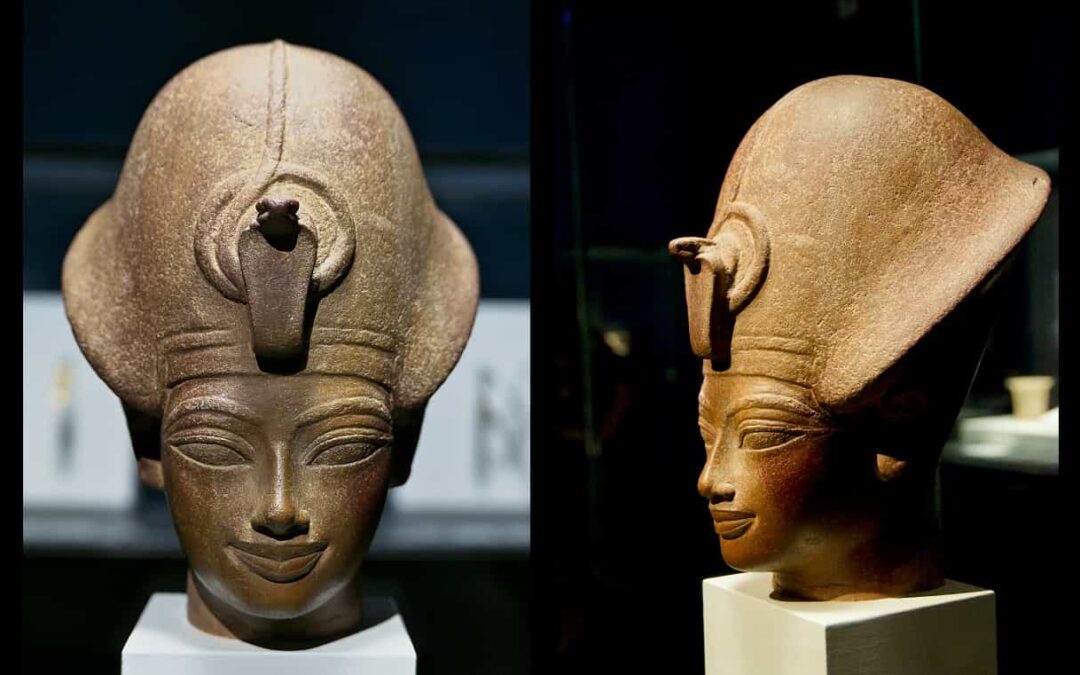 It should be noted that the exact place of the discovery is unknown; the only thing that is known is that it was found in Egypt.

Later, the Head of Amenhotep III belonged to Panayotis Kyticas, a collector and dealer of Greek art.

In 1899 AD, the Head of Amenhotep III was acquired by the British Museum in London, where it became part of its art collection.

Who was Amenhotep III?

Amenhotep III, also known as Amenhotep the Magnificent, Amenhotep the Great, or Memnon, was the ninth pharaoh of the Eighteenth Dynasty of Ancient Egypt.

It is known that he ruled from approximately 1,388 BC to 1,351 BC. During his reign, the arts peaked, and ancient Egypt lived through a period of splendor and prosperity.

The sculpture of the head of Pharaoh Amenhotep III originally formed part of a full-length statue, now lost.

The pharaoh wears a khepresh (also known as a blue crown or war crown) on his head. The khepresh was an ancient crown used in battle, ceremonies, and rituals.

The Khepresh is a royal headdress, rounded at the top with a flared crest on the reverse sloping downward on either side of the crown and above the ears.

Additionally, in the center of the crown, located above the pharaoh’s forehead, is the uraeus (a representation of the goddess Wadjet in the form of an upright cobra) with circular spirals on its body and its tail extended backward, over the top of the crown.

Below the uraeus, two incised horizontal bands also run along the crown’s edge.

The head’s arched eyebrows and elongated, almond-shaped eyes extend to the temples and stand out on the oval face.

It should be noted that the eyes are particularly sloping at the outer edges, and there are two fine, etched lines between the eyes and the eyebrows, reflecting a fold in the eyelid.

The nose is thin, and the lips thick, with the outer corners upturned into a small smile.

On the back of the head are traces of the rounded rear pillar at the height of the neck.

It is currently in the British Museum in London, England.