Home / The secrets of KV5, the largest tomb ever found in Egypt 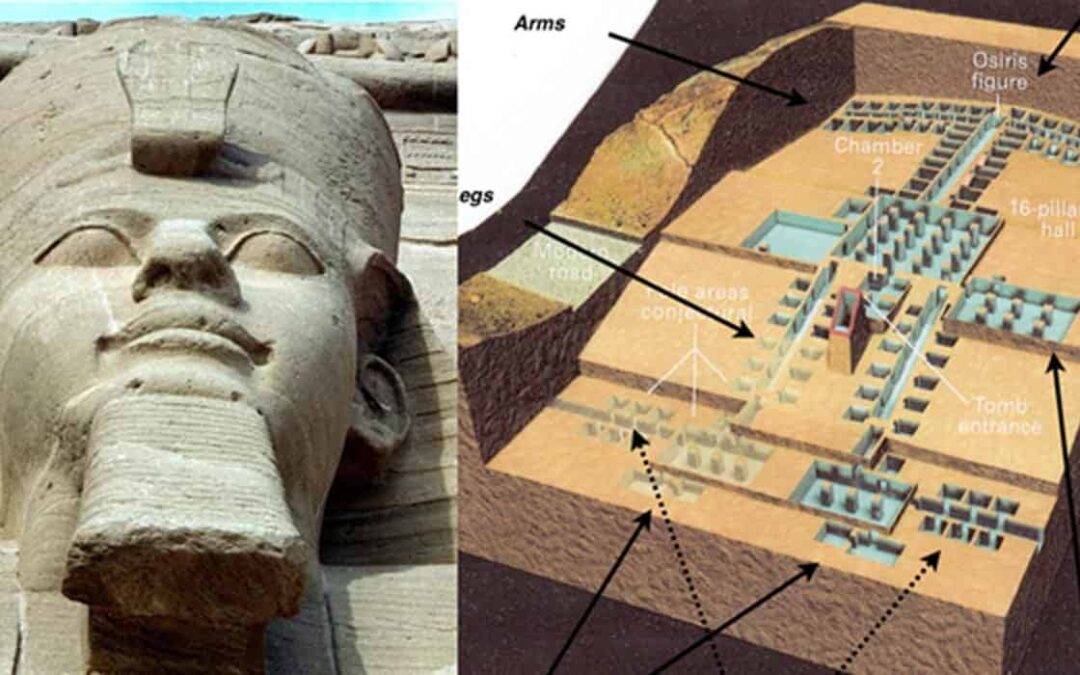 Although researchers had known of the site’s existence for over a century, it took a long time for them to realize what they had discovered.

Although many think that the tomb of Pharaoh Tutankhamun is the most important ever found in Ancient Egypt, a discovery made in 1995 called that claim into question.

That year, American Egyptologist Kent R. Weeks observed the actual size of the KV5 tomb in the Valley of the Kings.

It is close to king Tut’s final resting place: there are only 70 meters between them. In addition, the tomb is also close to the tomb of Ramses II, KV7, also in the same Egyptian region.

Researchers have known of KV5’s existence for at least a century, however, actually investigating it was a more complex task that was undertaken only long after its first discovery. The first to attempt such a task was British archaeologist James Burton in the early 1830s.

After him, British Egyptologist Howard Carter also tried to consecrate himself through the same underground tomb, but still without success.

It was only between 1985 and 1986 that an expedition finally managed to understand the complex that characterized the tomb. The following year, in 1987, they started digging, which took more time.

Kent R. Weeks, with support from the American University of Cairo and the Theban Mapping Project, did not fully disclose the discovery to the public until May 18, 1995, when he made an announcement spelling out what they had found.

”In last February, digging through the flooded debris that fill the tomb, my team and I found a passage that ran through twenty chambers to a statue of the god Osiris. Two transverse corridors, each with twenty more chambers, extend beyond that. At the ends of the hallways, there are stairs and sloping hallways, apparently leading to even more rooms on a lower level,” explained Weeks.

What came afterward caused even more perplexity: “the tomb may be the largest ever found in Egypt, ” said the archaeologist. And he was right. KV5 was underground and contained long corridors previously unknown to researchers who had tried to excavate it in years past.

During the long time of existence, the tomb was flooded by storms that attacked the Valley of the Kings. As a result, it was extensively damaged, in addition to the constant looting that took place in almost all ancient Egyptian tombs. Still, the KV5 proved increasingly impressive. Shaped like a T, it contained numerous chambers.

Ramses II had a numerous descendants and an impressive longevity for the time. So he buried many of his children in this tomb that was dedicated to them. Repeatedly the tomb had to be enlarged to add new rooms.

The site is believed to have been the main cemetery for the pharaoh’s heirs, being the scene of the final rest of at least 52 of them. Many experts in Ancient Egypt claim that the king had more than 100 children, and still others double the number.

The first to be buried in the tomb was Amun-her-khepeshef, who died in 1254 BC. He was the eldest son of Ramses and his wife Nefertari. From then on, the pharaoh began to visit the tomb countless times to watch over his children, as he lived to be 90 years old.

Still, the discovery of the remains was not so exciting because their condition was precarious. The bones were completely mixed up: they were boys, girls, some older and some even younger, all together. It was not possible to define exactly who was buried there.

The architecture of the place was also considered impressive. The walls of the numerous chambers had embossed details that were painted blue, red and white.

KV 5 is the largest tomb in the Valley of the Kings. It was originally an 18th dynasty tomb, later used and enlarged several times by Ramses II.

The tomb continues to be excavated. 121 rooms and corridors have been discovered, although it seems possible that they could reach 150.

In fact, the column chamber is the largest compartment of any tomb in the Valley of the Kings and the one with the most pillars: sixteen.

It is decorated with scenes from the mouth-opening ritual and images of the pharaoh, his sons, and various gods.

The plan of this tomb is unusual: there is a change in the main axis after the chamber of columns. Several sectors pile up below others, two corridors run below the entrance, etc.

The finds include a large number of ceramic objects, ushabti, faience, ostraca written in hieratic, glass jars, a large statue of Osiris, jewels and six mummies.

The stone "calendar" of Nabta Playa, the Stonehenge of Egypt