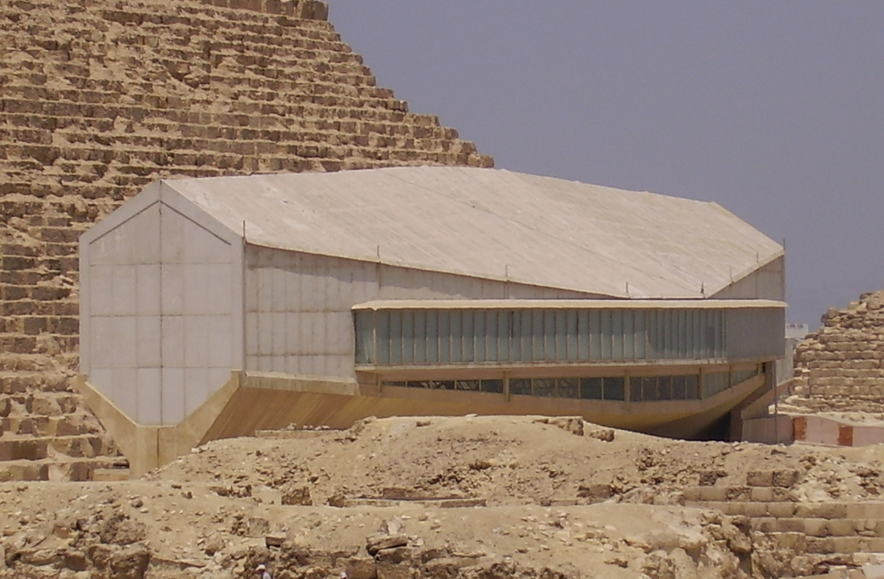 Egyptian solar ships are ancient ships which were found close to the Egyptian pyramids sites.

Other areas where these ships were found buried are along ancient temples and other worship sites.

These ships are called solar ships since they are thought to have been ritually made to the Egyptian Pharaohs after their death to help them to travel to their afterlife world.

The Growth of the Solar Ship Ritual in Ancient Egypt

Historians believe that the Egyptian solar ships where made as a symbolic representation of the sun god (Ra) riding a ship.

The ancient mythology believed that Ra mounted the ship to complete his daily voyage around the earth.

The sun God would move from east to west illuminating and giving light to those parts which were dark and sink into the underworld during his return journey to the east.

The ancient Egyptians believed that those who died joined Ra in his voyage around the sun. They, therefore, made funerary boats for the departed.

These boats were usually small models. To honor their kings, huge solar ships were made for the kings and buried near the pyramids. Archeologists have unearthed several solar ships which generated interest and intrigue over the ancient life of the Egyptians.

Some of the stunning solar ships were unearthed around the Khufu area. One of these ships is the Khufu first ship.

This ship was discovered in 1954 by Archeologist Kamal el-Mallakh. It had been sealed in a pit hewed from the rocky soil surrounding the Khufu area.

Such a rocky environment preserved it at near intact state for over 2,000 years. Carbon dating experts found out this Egyptian solar ship dated back to around 2500BC.

The size of the ship was another astounding feature. It measured 43.6 meters long and 5.9 meters wide.

Experts also noted that the ship was quite intact and could float safely in water if it had been hauled into the sea.

Currently, the ship is kept at Khufu Boat Museum near the Great Pyramid. There was also a second Khufu solar ship which was discovered in the same year.

Interestingly, this ship had the name of King Khufu inscribed on it.

There are other Egyptians solar ships discovered in various sites. The Hetepheres solar ship is associated with King Hetepheres.

The Khafre Pyramid has 5 solar ship pits associated with the funeral boats used by Pharaoh. There is also another funeral boats pit which was discovered in Abu Gorab Sun Temple.

Outside the temple, there is a structure which does not resemble the design of the Egyptian solar ships but is thought to have been made to ritually commemorate the sun ships.

Egyptian solar ships are part of the ancient wonders. The design, the size, and the principles used in the constructions are things which generate a lot of speculation among researchers and historians.

Added to this, the preservation concepts used to keep these wooden ships intact for over 2,000 years is a strong suggestion that ancient Egypt had considerable knowledge and skill.

Further research into this ancient life will help shed more light and give a better understanding of this life and culture.

The Grand Egyptian Museum struggles to become a reality