Home / What did Napoleon say after spending a night inside the Great Pyramid?

What did Napoleon say after spending a night inside the Great Pyramid? 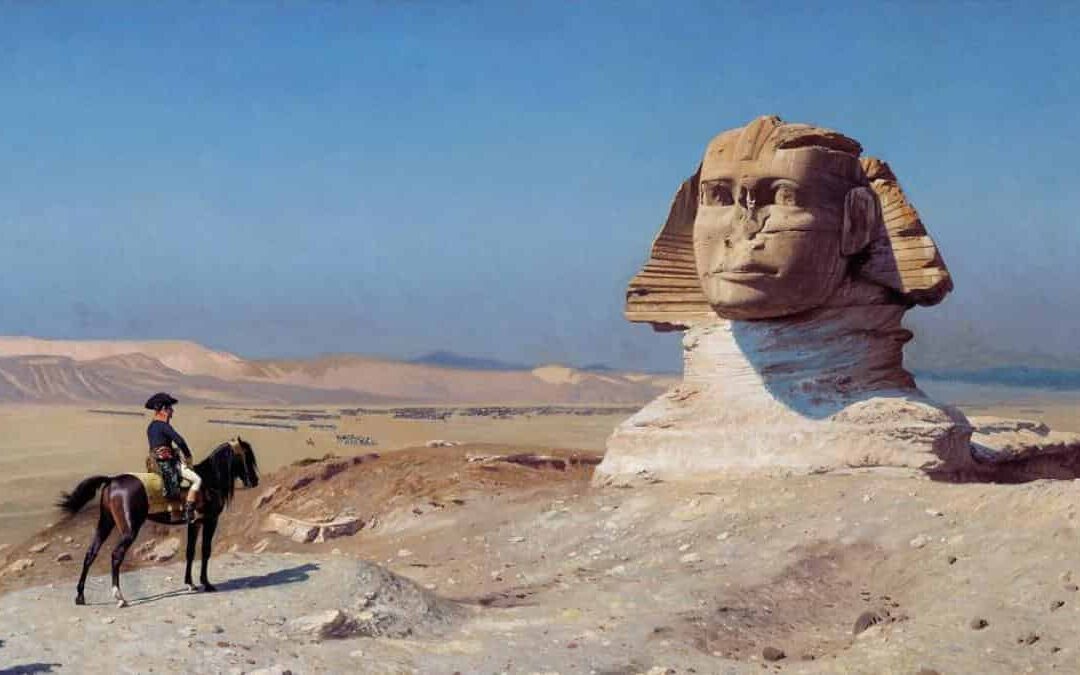 He was young but already very popular. After his successes in Italy, Napoleon Bonaparte pointed out manners but above all great ambition. And the French Republic entrusted him with the conquest of Egypt in 1798, a campaign that ended in military failure. Instead, he achieved a great cultural victory.

Napoleon did not embark only with soldiers whom he harangued in front of the Pyramids: “From these monuments forty centuries of history contemplate you.” He also brought with him a troop of about 150 wise men in charge of investigating the history, nature and geography of the Nile country.

The result was the great “Description de l’Égypte”. In addition, fate would have one of his lieutenants discover the Rosetta stone, the key piece for Champollion to later decipher the hieroglyphs.

That is, the passion for modern Egyptology was born at that time and also captured Napoleon himself. Before leaving, he surprised his men. He wanted to spend a night completely alone inside the Great Pyramid , the last resting place of the great Pharaoh Khufu.

No one was talking about Tutankhamun‘s curse yet. It was still more than 120 years before Howard Carter discovered his tomb. But the stories of mummies had been common knowledge for millennia.

On a hot night on August 12, 1799, the Corsican general apparently entered the Great Pyramid accompanied by his entourage and a Muslim religious.

The group walked down the low, narrow passageways until they reached the king’s chamber, the very heart of the only one of the seven wonders of antiquity that still stood (and still does). And there they left him. A whole night.

The young soldier had time to analyze in detail the rectangular room, built with smooth granite slabs, without any decoration or inscriptions.

Pharaonic minimalism. In the entire noble room, some thirty feet long by a little over five feet wide, there was a single item, a sarcophagus of red granite carved in one piece. Empty.

Why did Napoleon shut himself up for a few hours in such a peculiar place? As Peter Tompkins explains in his famous work “Secrets of the Great Pyramid”, he intended to emulate two other great military strategists who would also have decided to live this experience, Alexander the Great and Julius Caesar, with the aim of finding themselves.

Or perhaps also to receive a kind of mystical or initiatory revelation linked to the symbolism of rebirth inherent in the pyramids, as Egyptologist Bob Brier speculates in “Secrets of Magical Ancient Egypt”.

After seven hours, when the sun was already lighting up the Giza funeral plateau, Napoleon emerged pale and disconcerted.

His men wanted to know what had happened to him, to which the general only replied: “Even if I told it, you wouldn’t believe it.” And he never wanted to talk about it again. The secret was between him and the thousand-year-old stones of the pyramid of Khufu.

How were the Egyptian Pyramids built?