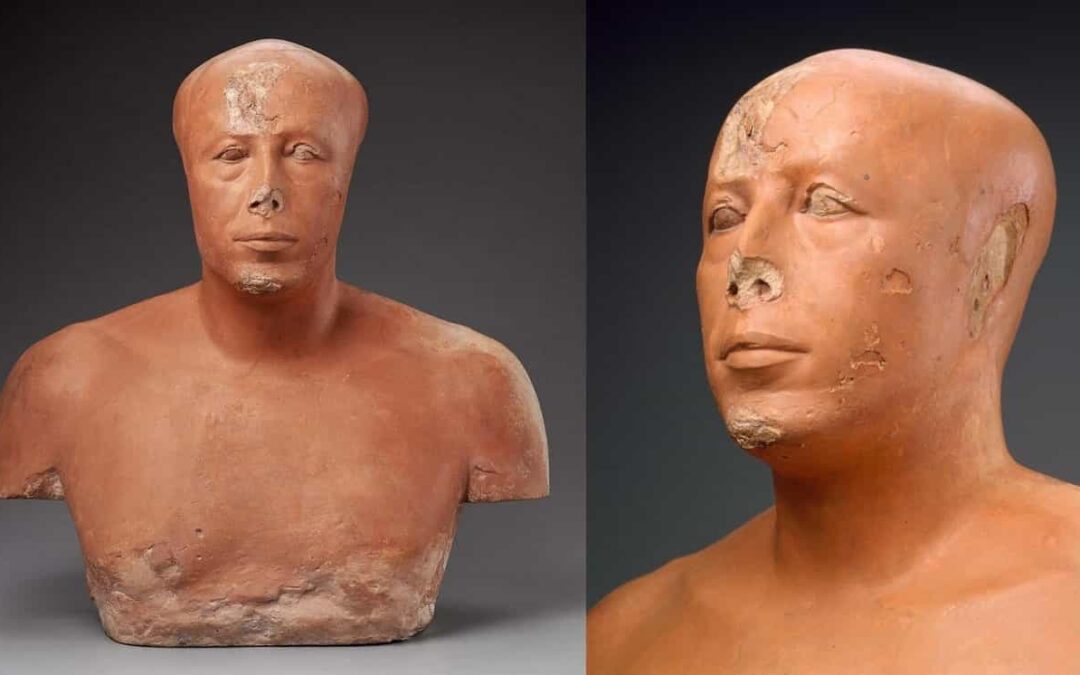 Prince Ankhhaf was the son of Sneferu (first pharaoh of the 4th dynasty of Ancient Egypt), a younger brother of Pharaoh Khufu, and was chaty during the reign of his nephew, Khafre (supervising all His Majesty’s works circa 2550 BC), he dealt with the construction of the Great Pyramid of Giza .

He had a mastaba built at Giza, (G7510) in the necropolis to the east of his brother’s pyramid, the largest tomb on the plateau apart from the royal ones.

Written diorite fragments and a bust of him were found in his burial chamber, held at the Museum of Fine Arts in Boston.

The bust of Ankhhaf is a bust dated during the 4th dynasty of Ancient Egypt (period between 2,630 BC and 2,500 BC), it belongs to Egyptian art, specifically to the period of the Old Kingdom of Egypt.

This sculpture is considered a masterpiece of Egyptian art.

It was found in the year 1925 during excavations inside the “G7510” mataba located in the Funerary Complex of Khufu, inside the East Necropolis of Giza (20 km from Cairo, Egypt).

It is made of limestone covered with a thin layer of plaster, into which details have been modeled by the hand of a master. Rather than a stylized representation, the face is of an individual.

Ankhhaf’s features are those of a mature man. His skull shows a receding hairline. His eyelids droop slightly over eyes originally painted white with brown pupils.

Puffy pouches are rendered underneath. Diagonal furrows set off a stern mouth. Apparently, he once had a short beard made from a separate piece of plaster. It was lost in antiquity, as were his ears.

His gaze is that of a commanding and willful man, someone who was accustomed to having his orders obeyed. It was the way he wanted to be remembered for eternity.

It is currently on display at the Museum of Fine Arts in Boston, Massachusetts (United States).

Statue of King Menkaure and his queen