Home / Pyramidion, the sacred stone that crowned the Egyptian pyramids and obelisks 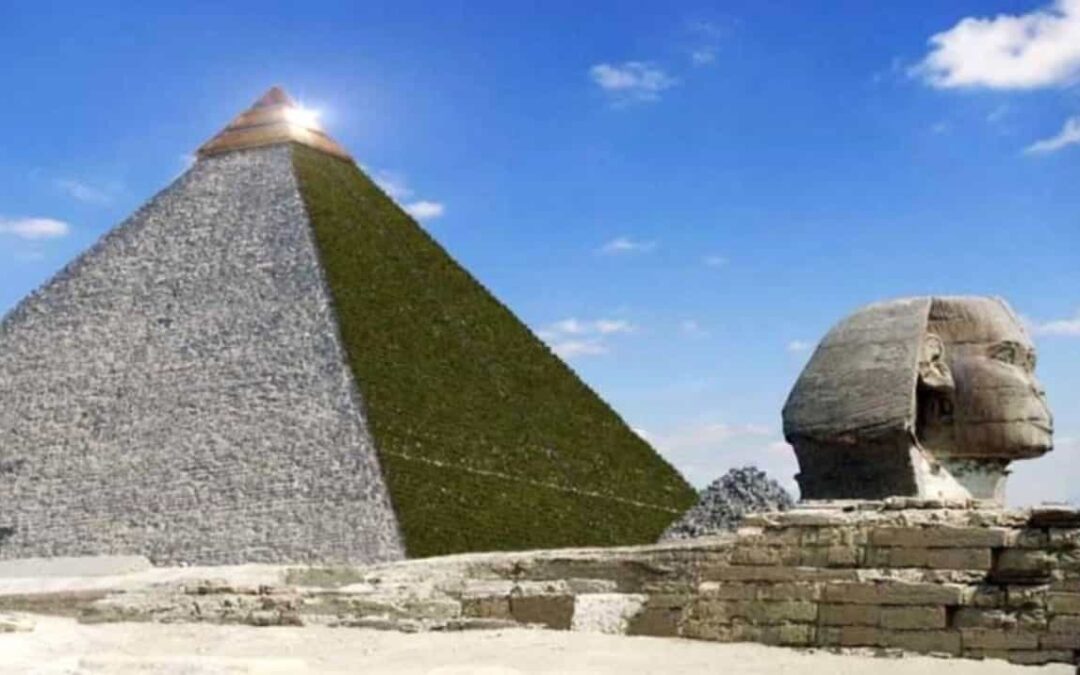 The pyramidion is the stone piece with a pyramidal shape that was located in the highest part of the obelisks and pyramids.

It symbolized the place where the solar god Ra or Amun-Ra perched, on the top of the monument, as the point of union between Heaven and Earth.

The pyramidion used to be made with materials such as limestone as Tura, in the Red pyramid of Sneferu ( Fourth Dynasty of Egypt ), or black granite, as in that of the Pyramid of Khendjer ( 13th dynasty ).

This piece was coated generally of gold, bronze, electrum or other alloy metals, to reflect the rays of the sun.

The pyramidion of Amenemhat III is a small pyramidal stone that topped the Black Pyramid of Amenemhat III, sixth pharaoh of the Twelfth Dynasty of Egypt, which is considered one of the great monarchs of the Middle Kingdom.

The piece was discovered in 1990, among the ruins of the black pyramid. The piece is on permanent display in the Egyptian Museum in Cairo, Egypt.