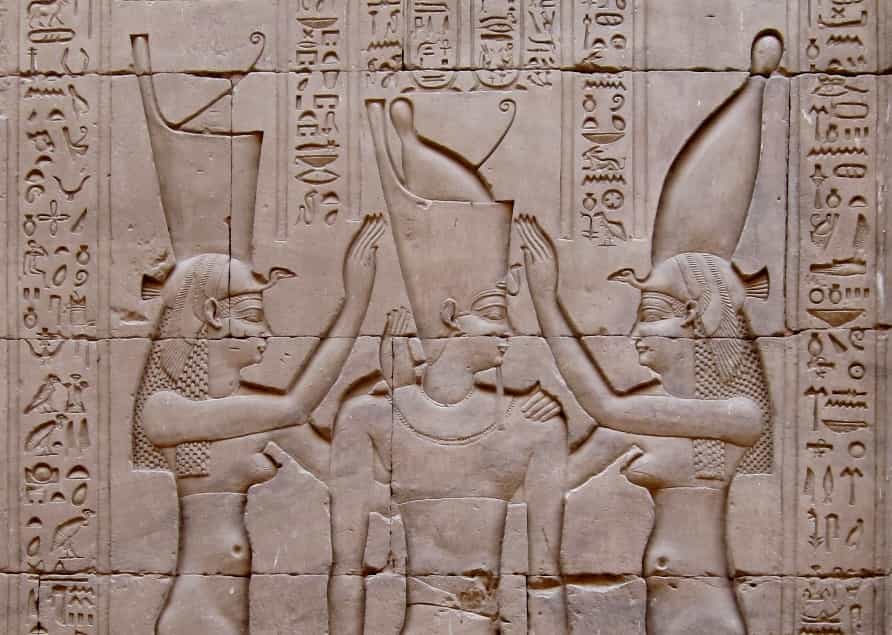 From mortal to a God

One of the most important moments in Ancient Egyptian society was the Pharaoh’s Coronation ceremony, an act full of luxury, mysticism, and solemnity. It meant the transition of a ruler from the earthly plane to a higher plane together with the gods.

The coronation of a pharaoh had to take place approximately seventy days after the death of his predecessor, which is the time that the mummification process used to take.

This ceremony remained practically unchanged during the history of Egypt from the year 3,300 BC to the year 395 of our era.

During this period of mourning, the pharaoh’s heir had to dedicate himself to navigating The River Nile in order to present himself before the gods and obtain their blessing to later proceed to the official coronation ceremony.

Once this preamble was over and the mourning period had ended, the coronation ceremony of the new monarch was held in the city of Memphis, the capital of the Empire.

On the day of the coronation, the pharaoh was given his formal title, made up of five different names. Then the coronation began with a small ceremony involving only the Royal Family, the government’s highest officials, and the priesthood.

During this act, the future pharaoh was to pronounce his five dynastic names and titles, after which he was purified. Once ready, the official coronation ceremony began.

Phases of the pharaoh’s coronation ceremony

In the first stage of this official ceremony, a Double Crown of Egypt was presented to the pharaoh for him to wear, which symbolized the unified kingdom of Upper and Lower Egypt. He was then to sit on two ceremonial thrones, on which he would be presented to the people.

Once crowned and having obtained the whip (heka) and the flail (nekhakha), the main attributes of power, they proceeded to the second phase of the ceremony, known as “the Call of the Two Lands”.

During this stage, different papyri and lilies had to be intertwined, which, like the Double Crown, represented the two Egyptian territories.

To end this phase, the pharaoh culminated this part of the ceremony by taking his bow to shoot an arrow in the direction of each of the cardinal points. This was an act that metaphorically represented the total and universal domain that the monarch possessed.

The final stage of the coronation was known as the “Procession around the Wall”, in which the pharaoh had to walk the surrounding palace walls.

This procession symbolized the establishment of the new pharaoh’s protection over the borders of Egypt, thus consolidating his role as protector of Egypt.

The scientific explanation of the "curse" of Tutankhamun