Home / Deciphering the Structure of the Pyramid of Userkaf 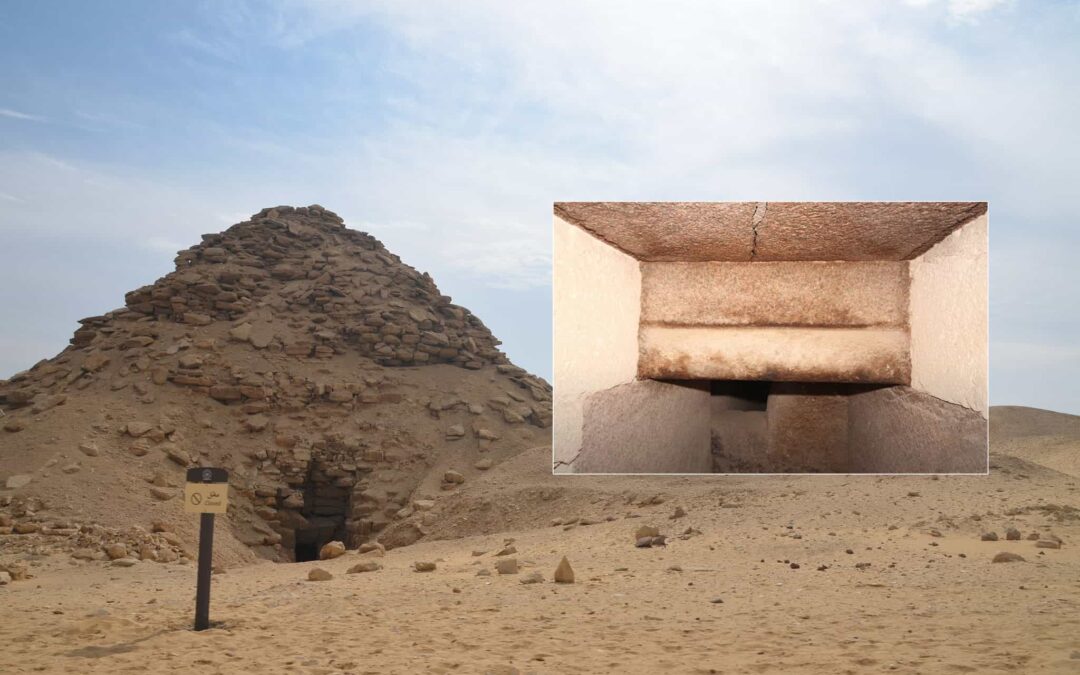 Pharaoh Userkaf was a significant figure in ancient Egyptian history as the founder of the Fifth Dynasty and the first pharaoh to build a temple dedicated to the god Ra.

His reign, which lasted for seven to eight years in the Old Kingdom period around 2500 BC, was marked by a number of significant achievements and contributions to Egyptian culture and society.

One of the most notable events of Userkaf’s reign was the construction of the first temple dedicated to Ra in the Memphite necropolis north of Abusir, on the desert edge just south of Abu Grab.

This temple, which was built to honor and worship the sun god, was an important development in the history of ancient Egyptian religion and played a central role in the spiritual life of the ancient Egyptians.

In addition to building the temple of Ra, Userkaf is also known for constructing his pyramid in the sacred site of Saqqara, near the famous Djoser pyramid complex.

Userkaf placed his own pyramid at the exact northeast corner of the complex built by Djoser, in an area that was considered to be particularly sacred and significant.

The Pyramid of Userkaf, which was called “Pure are the places of Userkaf,” was a relatively small structure compared to some of the other pyramids in ancient Egypt.

It measured 73.3 meters on each side and was built to a height of 49 meters, with a slope of 53 degrees. Despite its smaller size, it was an impressive and impressive feat of engineering, and it is believed to have originally been encased in limestone.

However, the limestone casing of the Pyramid of Userkaf was later stripped, revealing the haphazardly laid masonry in the core. As a result, the entire structure collapsed into a heap of rubble, and this is what remains of the pyramid today.

While the exterior of the pyramid may no longer be standing, the interior of the structure has survived and has been explored by archaeologists.

Archeological studies of the Pyramid of Userkaf have revealed that all of the elements of the pyramid’s substructures were built into a deep shaft sunk below the surface, before the construction of the pyramid itself began.

The T-shaped room, which was known as the burial chamber, was originally lined and paved with exquisite limestone, and the roof was made up of huge limestone beams leaning against one another. As with many other pyramids in ancient Egypt, the sarcophagus in the burial chamber was found to be empty when the pyramid was first entered.

Despite its collapse and the loss of its exterior casing, the Pyramid of Userkaf remains an important megalithic structure in the study of ancient Egyptian history and architecture.

Its unique design and construction, as well as its location in the sacred site of Saqqara, make it a fascinating and significant example of the ingenuity and skill of the ancient Egyptians.

What was the purpose of the false doors inside the Egyptian pyramids?