Home / The Treasure of the Egyptian Queen Ahhotep 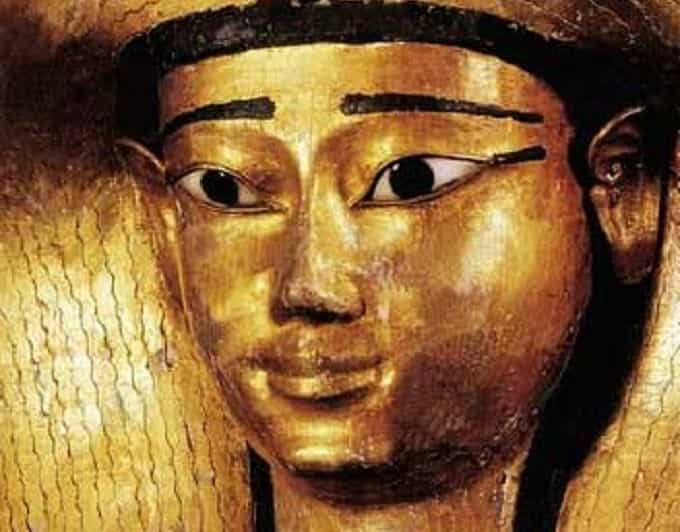 Ahhotep (circa 1570-1540 BC) was an Egyptian queen of the late 17th Dynasty, who served as regent during the minority of Pharaoh Ahmose and promoted the expulsion of the Hyksos leaders.

The principality of Thebes

Ahhotep ( Iah “the Moon” is satisfied ) was probably born between 1585 and 1575 BC within the ruling family of the city of Thebes, in what we now include as the seventeenth dynasty.

Her parents were Prince Senakhtenre and his wife Tetisheri, of more modest origins.

At that time, Egypt lived divided into several principalities, all of them dependent to a greater or lesser degree on the pharaoh of Memphis of the Fifteenth Dynasty.

This dynasty was made up of an Asian people, the Hyksos, who had invaded Egypt sixty years earlier. Thebes was one of the principalities farthest from Memphis and the Hyksos.

When her father died, Ahhotep’s older brother Seqenenre Tao assumed the Theban throne, whom she had to marry, following the ancient customs.

The new royal couple, always advised by their mother, Tetisheri, as well as by a council made up of soldiers, nobles, scribes and priests, secretly decided to start standing up to the Hyksos and their allies.

Some rumors must have reached Memphis, because shortly after Seqenenre Tao assumed the throne, a Hyksos embassy arrived in Thebes demanding that the sacred hippopotamuses of the temple of Amun be sacrificed, because their bellowing did not let the pharaoh sleep (who lived hundreds of kilometers away!) Thebes!).

We do not know what the Thebans did in the face of this provocation, but the fact is that in a very short time an army left the southern city with the clear objective of freeing Egypt from the Hyksos yoke.

At their head marched the now crowned King Seqenenre Tao, nicknamed the Bravo.

Meanwhile, the rest of the royal family was quartered in Thebes, namely: The queen mother Tetisheri, all the princes and princesses and, at their head, Queen Ahhotep, who was in charge of the government in the absence of her husband. Her skills were appreciated by all in such difficult times.

Ahhotep I’s outer coffin was eventually reburied in TT320 in Deir el Bahari. The coffin shows the queen with a tripartite wig and a modius. The body is covered in a rishi-design (feathers) and is similar to the outer coffins of Ahmose-Nefertari and Ahmose-Meritamon. Ahhotep I’s original tomb is not known.