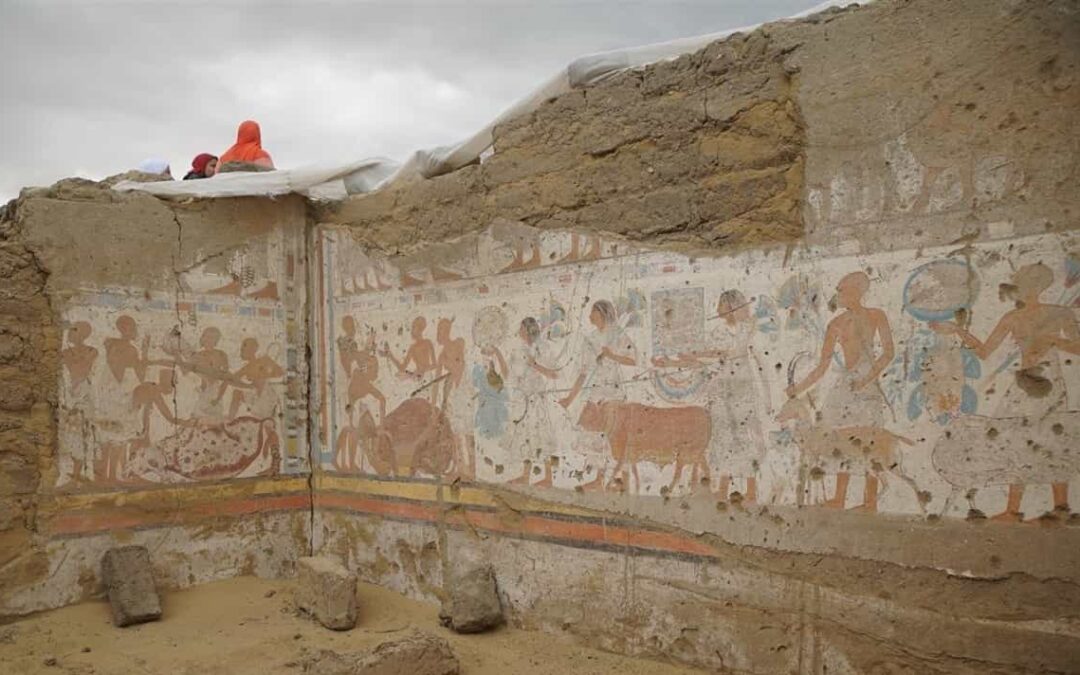 An archaeological team from the University of Cairo has unearthed in the Saqqara necropolis, located about twenty kilometers from the Egyptian capital, the tomb of a high-ranking official named Ptah-M-Wia.

The entrance to this tomb was discovered in 1850, but it has not been until now that an in-depth excavation of the site has been carried out.

This character, who was a royal scribe, lived under the reign of Ramses II (1279-1213 BC) and held various positions for the pharaoh, including treasurer, chief overseer of livestock and responsible for divine offerings in several of the temples, erected by Ramses at Thebes (although no specific one is specified).

“The discovery site includes the tombs of high officials of the 19th dynasty and complements the site of the 18th dynasty tombs, the most important of which is that of General Horemheb (who had a tomb built in the necropolis before become pharaoh),” says Mustafa Waziri, Secretary General of Egypt’s Supreme Council of Antiquities.

The person in charge of the work, the archaeologist Ola El-Egazy, has highlighted the importance of the find, both for the character’s prestige and for the quality of the pictorial decoration that its walls still preserve.

The tomb has an entrance behind which leads to a courtyard (whose pillars are decorated with reliefs showing scenes from the life of the tomb’s owner) that leads to a room with plaster-covered walls traversed by pictorial scenes.

These scenes, perfectly preserved and painted in bright colors, represent a procession of offerings that ends with the sacrifice of a calf.

In the courtyard, archaeologists have also located numerous Osiriac columns (representing the djed pillar, the backbone of Osiris, the god of the underworld), some falls on the ground, and inside have been found remains of blocks that perhaps once supported a roof that may have collapsed.

For his part, Waziri could not suppress his excitement at this wonderful discovery:

“This tomb is going to be the subject of a detailed and meticulous study with the intention of learning from these representations much more about daily life during the reign of Ramses II, especially with regard to economic activities related to grain storage, years of drought, floods and taxes,” he concludes.