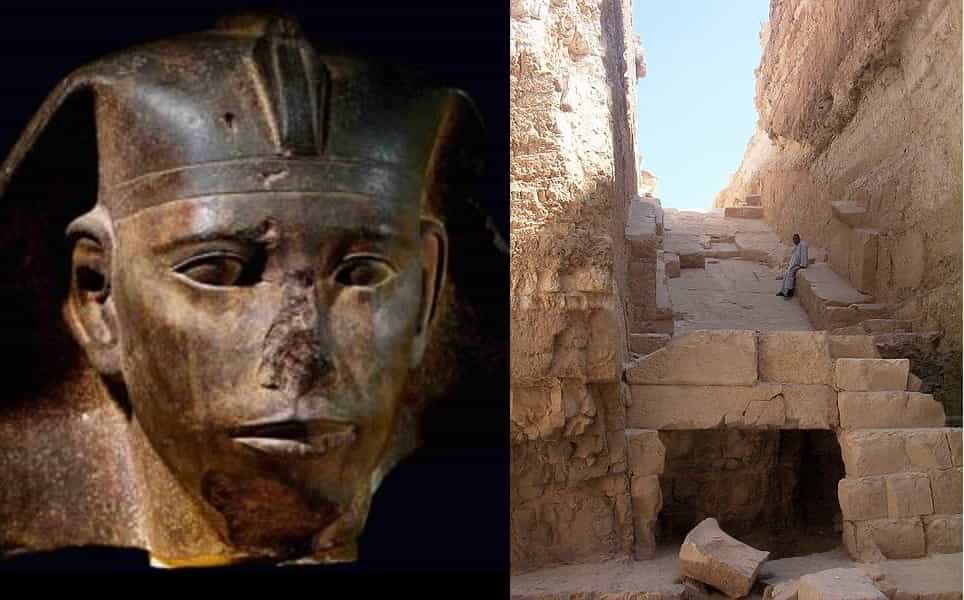 It the most northerly pyramid in Egypt, and it has been in ruins since ancient times. Other pharaohs of the Fourth Dynasty began the construction of Djedefre but remained unfinished.

It is believed that the pharaoh chose this hill and set his tomb there to be closer to Ra, god of the Sun.

But there is more, because until the end of the 20th century archaeologists did not know if the pyramid was finished or had been unfinished.

In the first case, the top of the pyramid would have been the highest in Egypt (220 meters above sea level, between 8 and 20 meters above the original top of the Great Pyramid of Khufu) and its current state would be fruit of the destruction and reuse of the stones for later constructions from Roman times onwards.

This seems to be the most likely scenario, as the latest excavations found that the funerary complex around the monument was completed and was active until long after the pharaoh’s death, which would not make sense if the pyramid had never been completed.

What is known for sure is that its construction began around the year 2580 BC by order of Pharaoh Djedefre, son and successor of Khufu.

The pyramid is on a hill overlooking the Giza plateau (hence its altitude could have been higher than that of the Great Pyramid, despite its smaller size similar to that of Menkaure).

The reasons why this place was chosen as well as those for the reduction of the size of the building are unknown, although some researchers point to theological reasons, since Djedefre was the first pharaoh to bear the title of son of Ra.

It was first explored in 1840 by John Shae Perring (who between 1837 and 1842 excavated Giza using gunpowder), who would be followed by other researchers such as Flinders Petrie and Émile Gaston Chassinat.

The most extensive excavation of the complex began in 1995 by a Franco-Swiss team led by Michel Valloggia.

The original length of its base was 106.2 meters, which at a 52-degree angle of inclination (similar to the Pyramid of Khufu) would have given the structure a height of 67 meters.

To save material, time and labor, the hill was used, which made up 44 percent of the total volume of the pyramid.

It is significant that the burial chamber is not inside the pyramid as it used to be, but below it, at a depth of 21 meters, and in its lower part it has depressions that indicate that it housed a sarcophagus and a canopic chest, just like the Pyramid of Khafre.

In inscriptions found in the pit the name of the pyramid appeared, which translates as Djedefre covered with stars or as Djedefre belongs to the firmament.

Émile Chassinat, during his excavations between 1901 and 1924, found numerous fragments of statues of Pharaoh Djedefre (including four heads) and of members of his family, his sons Baka, Hernet, Setka, Neferhetepes and Queen Hetepheres II.

Most of these fragments are kept today in the Louvre, the Museum of Egyptian Art in Munich, and the Cairo Museum.