Home / The sacred boat: Ships of the gods of ancient Egypt 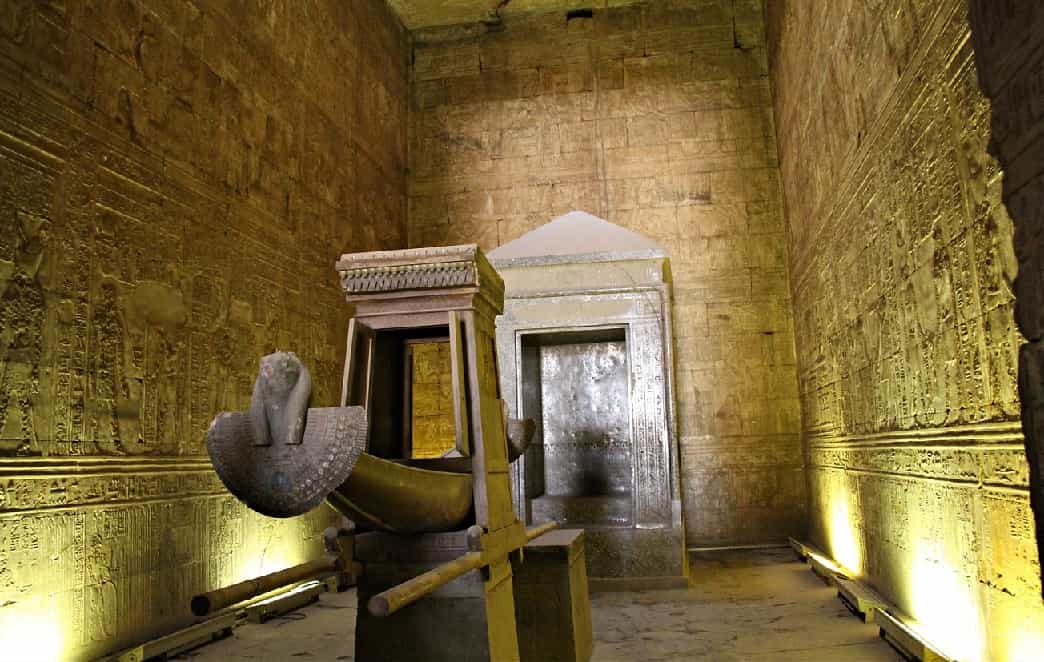 A sacred boat, in Ancient Egypt, was a river boat used as a means of transportation at funerals and in the religious sphere, elevated to a symbol of ritual boats, as evidenced by the important iconographic and literary documentation preserved.

In iconography, these boats were always represented in the shape of a crescent, usually with a hooked stern, with only two oars, a prow and a portable shrine on deck.

They were made mainly of papyrus and only those intended for the pharaoh and the clergy, were built of wood from Syria and Phoenicia.

For the population of the Nile Valley, the main communication channel was the Nile River, so the boat quickly became, by transposition, an object of domain of the gods and of the sacred.

In this way, both the pharaohs and, later, the nobles and finally the common people, believed that with these boats they could reach the Duat, the realm of the dead among the stars.

In the Middle Kingdom, the sacred boat that was used in the funerary field was the representation of that of Osiris, which was called Neshmet, with which the deceased sailed to Abydos to meet his god in the afterlife.

The nobles prepared this trip using models of wooden boats, in a similar way to the ushabti, placing a miniature sarcophagus on its deck.

Several pharaohs wanted to be buried with various types of wooden boats, full-scale, near some pyramids, as an integral part of their grave goods, (to allow the deceased king to travel to the Duat).

In the Old Kingdom, for example, a sovereign like Khufu had himself buried accompanied by up to five boats (in five ditches) near his pyramid.

Four boats have been identified, donated by the gods of the four cardinal points to the deceased king that would allow him to reach them.

The fifth boat, without a doubt, was the proper funerary that carried the great ruler, perhaps to the Valley Temple, crossing the processional route until reaching his pyramid.

But this does not exclude that it can also serve symbolically to the (Ka) of the pharaoh to begin the journey to reach the solar barque of Ra, and for these reasons, after the last journey, the ships of Khufu were carefully dismantled and hidden in order to allow their subsequent use.

Other boats were found at Abydos in the tombs of the kings of the Old Kingdom. Many boat pits, built with mud bricks and, unfortunately, have been found empty, such as those discovered at Saqqara, near the tombs of the Dynasty I, discovered by WB Emery in 1939.

In 1894, in Dahshur, the Egyptologist Jacques de Morgan had unearthed six 10-meter-long wooden boats from the 12th dynasty.

The boats were used in the religious ceremonies of each deity, and they were placed in the so-called rest of the boat, the most secret and inaccessible area of ​​the Egyptian temples.

The most elaborate sacred boats were built during the reign of Hatshepsut and can be seen, in reliefs, the boats of the Theban triad: Amun, Mut and Khonsu.