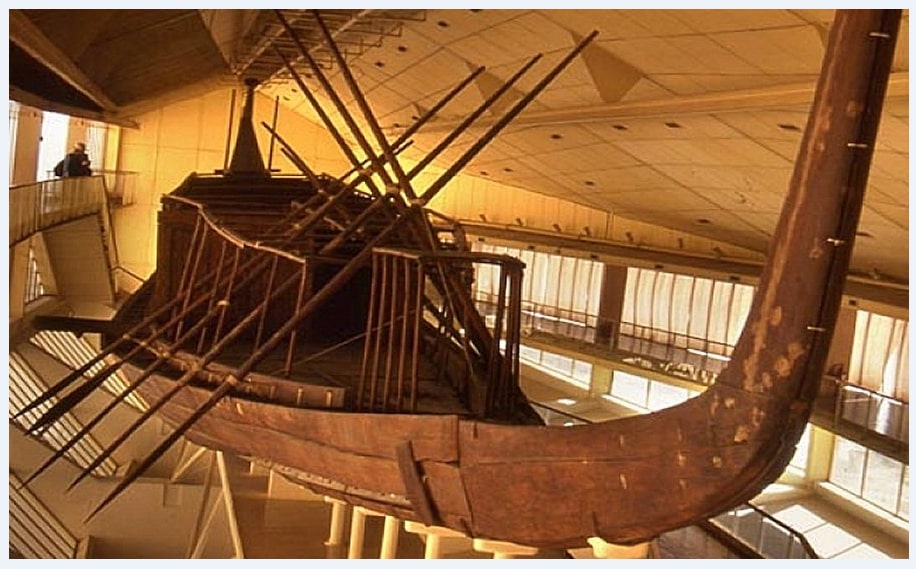 These ancient artefacts are now some of the most valuable in the world, and have helped us piece together the puzzle of Egypt.

When Howard Carter and Lord Carnarvon discovered the almost intact tomb of the Egyptian boy king Tutankhamun, the object that received the most attention was the magnificent death mask they found placed over the mummy’s head.

This is solid gold and weighs about 24 pounds. Although it is difficult to judge how much it resembles the young pharaoh himself, the narrow eyes, nose, lips and chin all match the features of his mummy.

Because of the discovery of this stunning artefact, Tutankhamun has become the most recognisable pharaoh in Egyptian history, and the mask itself has become a symbol for Ancient Egypt and Egyptology around the world..

During the Late Period, this city was Egypt’s main port for international trade and collection of taxes.

It was originally built on adjoining islands on the Nile Delta and was intersected by canals, but sank in the 2nd or 3rd century.

The ruins were located by the French underwater archaeologist Franck Goddio, along with an abundance of buildings and artefacts that demonstrate the city’s wealth and glory, including the temple of Amun, a large quantity of coins and ceramics, huge statues and a stele that outlines the trade and taxation systems of the time.

This full-size Egyptian barge was discovered in a pit at the foot of the Great Pyramid of Giza. It was built around 2500 BCE, most likely for the pharaoh Khufu of the Old Kingdom, to transport his body to the afterlife.

The Khufu ship is one of the oldest, largest and best-preserved vessels from antiquity, measuring more than 40 metres long.

It was identified as the world’s oldest intact ship and has been described as “a masterpiece of woodcraft” that could sail today if put into water.

The ship was one of two rediscovered in 1954 by Kamal el-Mallakh.

Valley of the Golden Mummies, 1996

This huge burial site at Bahariya Oasis, dating to the Greco-Roman period, was discovered by Zahi Hawass and his Egyptian team.

Approximately 250 2,000-year-old mummies were recovered over several months. There were four different styles of mummy found, including gold-gilded ones.

These have a gilded mask covering the face and a gilded waistcoat depicting different scenes of gods and goddesses, hence why the name “golden mummies” was given.

The limestone bust of Nefertiti, the Great Royal Wife of the 18th Dynasty pharaoh Akhenaten, is one of the most iconic and most copied works of Ancient Egypt.

It was discovered by a team led by German archaeologist Ludwig Borchardt, who was overseeing the excavation of an Amarnan sculptor’s workshop.

Since then, the artefact has been housed in Germany. However it has not been resting peacefully there; it has been the subject of much controversy. There have also been demands made for it to be returned to its home in Egypt.

Tomb KV17 is the tomb of pharaoh Seti I, and was first discovered in the Valley of the Kings by an Italian explorer named Giovanni Battista Belzoni in 1817.

Its wall paintings were in excellent condition and some of the artists’ paints and brushes had been left on the floor, making it one of the best preserved tombs in Egypt.

However, it was damaged when Jean-François Champollion, the translator of the Rosetta Stone, removed a large wall panel from the tomb during his expedition in 1828-29.

These two huge temples were originally carved out of the mountainside during the reign of Pharaoh Ramesses II, as a monument to himself and his queen Nefertari.

Over time, the temples fell into disuse and eventually became covered by sand. They were forgotten until 1813, when Swiss orientalist Jean-Louis Burckhardt found the top frieze of the main temple.

Burckhardt told Giovanni Belzoni of his finding, and in 1817 he succeeded in excavating the site.

Source: All About History. Book of Ancient Egypt